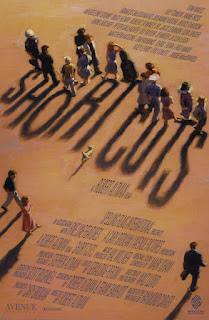 Helicopters fly over Los Angeles, spraying against medflies. Beneath them, people’s lives entwine over the course of a couple of days. It could only be an Altman film. The man who turned the whole of Nashville into a set for, repeats the trick here with a brilliantly handled adaptation of a series of Raymond Carver short stories into one single inter-linked narrative, that explores a full gamut of emotions in that strange race we call humanity.

There aren’t many directors in Hollywood who could throw this many plates onto sticks and keep them spinning. Certainly very few who could make it look as easy as Altman does. With no less than twenty leading characters spread out across at least nine storylines, many of which intersect but without those taking part of them being aware of it, this is such a carefully woven tapestry even a single loose thread could have led to the entire image unravelling into a sorry collection of fabric. The fact it doesn’t, and the film moves so confidently and vibrantly from place-to-place, shifting from perspective to perspective without ever once confusing or alienating the audience, demonstrates this is the work of a master at the top of his game.

Altman’s verité style is at its best here. There is no need for flash or intrusive cinematic tricks, when the entire film is a brilliant expression of the potential of cinematic narrative. Altman’s camera, with its observational stillness, is perfectly matched with masterful editing (the film is superbly assembled by Geraldine Peroni) that not only makes this a coherent whole, but also finds every trace of reaction and nuance from the characters. Time and time again the camera (and the editing) searches out and finds that little moment of reaction that adds a whole world of depth to the story.

Because, like some of Altman’s best films, this is all about a cascade of little moments that combine into one beautifully enlightening whole. Each story demonstrates a different facet of the human experience, but what they all have in common is the unpredictability of how events many turn out and how people may react to them. There is a wonderful unknowability about people which the film captures. Just when we think we have a person sussed, they will do or say something we don’t expect. A philanderer’s wife will be amused by his cheating than horrified. An abusive baker will have depths of kindness. Feuding couples will find they have more in common than not.

There’s also darkness and sadness. The film is largely anchored by the increasingly heart-string tugging collapse of Howard and Ann’s son – and the pain that can lie in parent-child relationships is also seen in the dysfunctional relationship between jazz singer Tess (Annie Ross) and her talented but depressed celloist daughter Zoe (Lori Singer). As Ann, Andie MacDowell gives one of her finest performances as a powerless mother desperate to do the right thing, her fear and vulnerability as touching as her pain is devastating. Somehow, it’s all the more affecting by knowing how distraught Lily Tomlin’s Doreen would be if she knew the terrible impact of her very minor accident was.

That’s another beauty of this tapestry. As characters ‘guest’ in each other’s stories, we don’t see them in black-and-white but as ordinary people doing their best. Tim Robbins’ cop would probably seem a selfish rogue agent in the eyes of several characters, but as we see more of his home life (dysfunctional but strangely loving), it’s hard not to warm to him. We understand why Ralph (Matthew Modine) is a bit distant with the Finnegans, because he’s distracted by concerns that his wife is having an affair. We can’t be angry at Doreen, because we know she’s such a decent person.

The film doesn’t shy away from the darkness of people, not less the slow bubble of sad-eyed depression in the eyes of Chris Penn, jealous of the people his wife (a very good Jennifer Jason Leigh) talks dirty to down a phoneline – a bubble that will burst before the film’s end. Peter Gallagher’s cocksure and charming pilot has the potential in him to do something quite unpleasant to his wife. Even Tim Robbins’ cop seems only a few degrees from potentially taking the law into his own hands.

Short Cuts is wonderfully constructed – and never feels overbearing or overlong despite its great length – but it’s not perfect. It’s very hard not to notice today that it’s view of the great melting pot of Los Angeles is overwhelmingly white. Nearly every single woman takes her clothes off at some point (Julianne Moore famously does an entire domestic argument nude from the waist down, which is making a point about the impact of long-term marriage but still Modine is fully clothed). Altman at times lets his cynicism (and even slight condescension) for some characters show a little too clearly.

But, despite those flaws, Short Cuts is an almost perfect example of smorgasbord story-telling in cinema. And no one else could surely have done it with such ease and wit as Altman did.