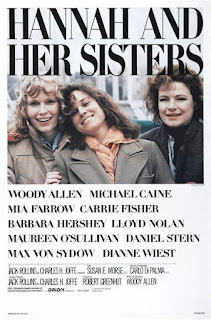 Hannah (Mia Farrow) is divorced from Mickey (Woody Allen) and happily married to Elliot (Michael Caine). Eliot is in love with Lee (Barbara Hershey). Lee is Hannah’s sister. Holly (Dianne Wiest) is considering dating Mickey. Holly is also Hannah’s sister. This whirligig of relationships is the heart of Hannah and Her Sisters, one of Woody Allen’s finest and certainly most humane films. Witty and heartfelt, it’s one of his sharpest scripts, crammed with acute observation and fine gags and is directed with a coolly introspective eye.

Allen splits the film into multiple sections, each opening (like the chapter of a novel) with a quote from the scene we are about to watch. Music plucked from Allen’s beloved classics (most often, and fittingly considering its romance theme, Bewitched, Bothered and Bewildered) frequently bridge scenes. Internal monologues is used often to allow us to explore the inner lives of the characters (the actors do a marvellous job reacting on screen to this internal thought process we are hearing).

The film uses a host of inspirations carefully mixed into Allen’s Manhattan Metropolitan middle-class milieu. The entire film has an autumnal Chekovian feel to it, with a rich sense of lives continuing ‘off stage’ as much as on. While the title obviously echoes Three Sisters, it’s study of romantic and intellectual entanglements overlaps with Chekov, as does the film’s love of wordplay. There are also, of course, echoes of Bergman (with gags) both in the film’s episodic structure but also its framing device of three Thanksgivings dinners, reflecting Bergman’s triumphant Fanny and Alexander.

The most effective thing about the film, in addition to its wit, is the surprising warmth it feels for the characters. Not always in an Allen film does one find the sympathy and empathy so widely spread – there is usually at least one character who is the target for the writer’s scorn. But here, no major character is presented as either the butt of snide humour or sneers. Even von Sydow’s pretentious artist is capable of searing emotional pain, and its hard not to sympathise with him as clients enquire whether his art will fit with their home décor. Each scene carefully balances the perspectives of multiple characters to allow us to relate to what each of them is going through. It’s possibly the largest casts of fully-rounded characters in an Allen film, and his most generous film.

It’s a film that avoids judgement over its characters, despite the frequently terrible and morally troubling things they do. It’s a film that understands the heart is an uncontrollable but resilient muscle, which doesn’t always guide us to the right or the easy things. Of course, today, with Allen it’s hard not to think it’s probably not a surprise that he had sympathy with a group of people engaging in relationships that often involve betraying others. But at least her understands the irresistible urge to people have to continue doing things they shouldn’t.

It’s hard not to overlook that the film’s least explored character (despite her multi-layered performance) is Mia Farrow’s Hannah. Poor Hannah, the still, moral centre of the film, is betrayed by both her husband and her sister (to their mutual guilt). Allen leaves her in ignorance – even though she knows something is wrong – and while Allen acknowledges what Elliot and Lee is doing is wrong, he mitigates things by making clear Hannah’s decency and generosity makes her sometimes overwhelming. (Hard not to see that as an early doors shot at Farrow from Allen.). While we see the impact of an unknown distance from her husband has on Hannah (in a great shot she talks to her husband off camera in another room, making her look like she is talking to a wall). But Hannah is one of the few characters we don’t get the insight of an internal monologue for, and that feels like an easier way for Allen to maintain our sympathies for others.

The person whose internal monologue we hear the most is her conflicted husband Elliot. Hannah and Her Sisters may be unique in that it has two characters who are clear Allen substitutes. While Allen plays one, Caine is the husband (who looks alarmingly like a prediction of future developments in the Allen-Farrow relationship). Caine is superb, not least because he turns lines you can hear could be delivered with an Allenesque twitchiness, into ones crammed with utter emotional genuineness. 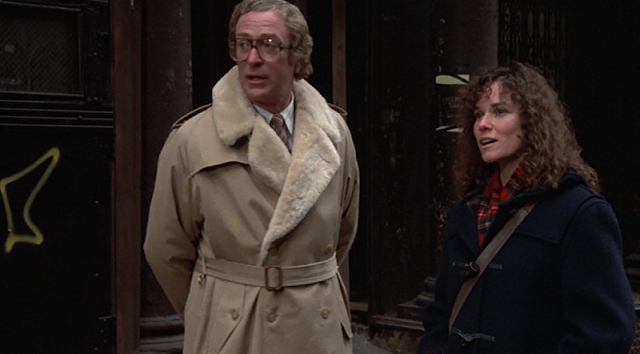 For all that he is a cheat, Elliot is strangely guileless and rather sweet, plagued with guilt and also giddy as a schoolboy, begging Lee to read an ee cummings poem that carries special meaning for him. Caine makes Elliot a genuine human character, a flawed man trying to avoid hurting people (but causing pain everywhere). If Branagh in Celebrity (with his distracting Allen imitation) showed how much of a slave to Allenesque delivery you can become, Caine shows how heartfelt simplicity and underplaying can bring out added emotion from Allen’s dialogue. Allen also rather brilliantly directs this abashed dance of attraction: from Caine's internal monologue telling him to play it cool, moments before he kisses Lee, to the camera framing Frederick's sketches of a naked Lee directly in Elliot's line of sight while he tries to think of literally anything else.

Caine also matches superbly with Barbara Hershey, excellent as a woman who feels trapped in her life and drawn to Elliot despite herself. Lee’s current relationship is with Frederick, wittily played in a near parody of Bergmanesque brooding by Max von Sydow which takes a late lurch into real vulnerability, a pretentious artist who is part-lover-part-tutor and is disconnected from the real world, Lee is virtually his only link left with it. Frederick is clearly a tutor and even surrogate parent, as much as a lover to Lee – and that attraction to a figure who can take responsibility in her life is clearly something she also sees as attractive in Elliot. The slow, guilt-ridden coming together of Elliot and Lee – and the slow deflation of this fling – is the emotional heart of the movie.

The film’s other two arcs provide more of the gags. Woody Allen gifts himself some of his finest comic moments as Hannah’s hypochondriac ex-husband (the second Allen stand-in) undergoing an existential crisis after he discovers he is in fact not dying of a terminal disease. Dianne Wiest is similarly excellent (and also Oscar winning) as Hannah’s unsuccessful sister Holly, a would-be actress too insecure to find success. Wiest is not only funny, but also vulnerable and affecting, as she tries to find her place in the world. In many ways Wiest plays a third version of Allen here, as she becomes a neurotic writer channelling her real life into writing (to the consternation of her sister). 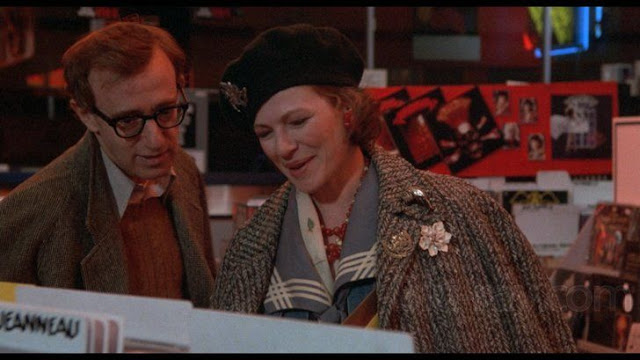 Changing reality into scripts is the only thing awkward about Hannah and Her Sisters today. Hannah and her extended family (and many children) are a thinly veiled portrait of Farrow’s own family (Hannah’s mother is even played by Farrow’s real life mother Maureen O’Sullivan). Like Allen and Farrow, Mickey and Hannah needed to adopt and foster children. And of course Eliot’s affair with Hannah’s sister eerily mirrors Allen’s own affair with Farrow’s adopted daughter, and the film’s sympathy for Elliot sometimes seems like an unsettling excusing of Allen’s future conduct. That’s not even mentioning one of the film’s earliest jokes is Allen’s character complaining about the cutting of a child molestation skit from his Saturday Night Live-ish show (“what’s the problem half the country’s doing it” quips Allen, a joke that doesn’t work today for so many reasons).

But put that aside because, whatever your opinion of Allen, Hannah and Her Sisters is one of his finest films. It’s expertly shot and directed with a real unobtrusive ease (Allen’s innate understanding of this Manhattan world contrasts sharply with how at sea he is in his European movies). The acting is spot on. As well as being very funny, the moral conundrums the film explores are sympathetic and witty, as are the flawed human beings behind them. Possibly his best film.