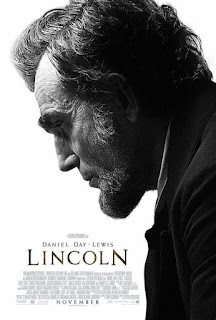 It took me three viewings until I felt I got Lincoln. Previously – in the cinema and the first time at home – I respected it. I admired the skill with which it was assembled. But I had found it hard to see it as much more than a critically acclaimed civics lesson, Spielberg at his most prestige. Returning to it the third time with the pressure well and truly off, suddenly I discovered a film I’d never seen before, an intensely dramatic telling of the perilous struggle to pass the Thirteenth Amendment to abolish slavery. A vibrant, beautiful and surprisingly intense story of how close Congress came to vetoing it. What had seemed a stuffy museum piece, instead came to life as a dramatic piece of cinema. It goes to show you should never be afraid to give something another go. Or two.

This biopic of Lincoln goes down a very modern route of avoiding covering the Great Man’s entire life. Instead it zeroes in on little more than a crucial month. It’s January 1865 – in what we know are the final months of the President’s life – and Abraham Lincoln (Daniel Day-Lewis) confronts a terrible choice. Civil war has torn America apart for year and peace may be on the horizon. But Lincoln fears a reformed America, with all its Southern slave states back in the fold, will find a way to end his Emancipation Proclamation and restore slavery to its height. To prevent this, Congress must ratify the Thirteenth Amendment to the Constitution ending slavery. But, with many in Congress worried that such an Amendment will end any chance of peace, Lincoln is in a terrible position. Should he sacrifice peace for abolition? Or vice versa? Either way, it will be a no-holds barred fight on the floors of Congress.

Spielberg’s film is near perfect in its shooting and editing, while its historical detail is brilliantly on-point. You couldn’t fault a moment of its making. However, what makes the film a success is the director’s skilful ability to combine graceful (even stately) old-fashioned film-making expertise, with a truly compelling sense of the passions and dangers we face when democracy is in action. And the overwhelming tension when the stakes are high and we have no guarantees of the end result. Another film – the stately civics lesson I once took the film for – would have shown the passage of the bill as a Whiggish inevitability, a progress filled march to a better world.

Lincoln isn’t like that. This is a film that shows politics then and politics now ain’t that different. For every principled man, there a dozen looking out for the main chance, marking time or who are too scared to worry about right and wrong. The Amendment is delivered not by impassioned oratory from the President. It’s carried by skilled floor management and the employment of a trio of political lobbyists with briefcases stuffed with cushy job offers in the rebuilt America. 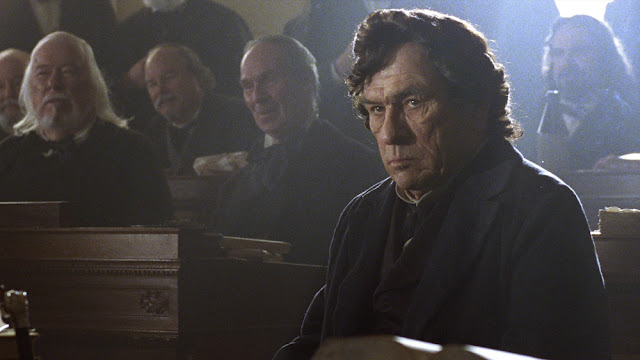 Votes are brow-beaten out of people, threats and persuasion are used in equal measure. There is no winning people over with poetic oratory. At one point, Lincoln makes a simple and heartfelt plea for one congressmen to do the right thing: the guy votes against him. One of the film’s moments of triumph sees fervent abolitionist Thaddeus Stevens refuse to be provoked into expressing his true views on the floor, instead offering a statement that he does not believe in equality “in all things”, knowing any other answer will be used to build opposition against the bill. Is there any other film in American politics where one of the biggest cheer moments is one of our heroes compromising and spinning his true views into something far less threatening?

It’s all part of the film’s demystification of American history as not being something made from marble, but instead being real and true. If anything though, this sense of realism – of danger and the very real possibility of defeat – makes the final vote (a long sequence that almost plays out a congress vote in real time) both far more dramatic and also surprisingly moving. Because we appreciate every step of the backroom handshakes, fights, compromises and (let’s be honest) corruption and shady deals that got us here. And, more than anything, the film has made clear Lincoln is willing for this brutal war (the horrors of which, both in battle and bloody aftermath, intrude at key points in the film) to go on for as long as it takes, to ensure this Amendment.

Lincoln is the heart of the film: and it’s almost impossible to state how central Daniel Day-Lewis is to the film’s success. This is an extraordinary performance. I don’t think you can understate how venerated Lincoln is in the American memory. With his distinctive features and a permanent memory of him sitting like a marble God in the centre of Washington, it’s hard for many to imagine that this was ever a real man. But Day-Lewis has turned in a performance here that transforms Lincoln into a living, breathing man but never once compromises his greatness.

From the voice (a wispy lightness, a million miles from the deep, Shakespearean accent you would expect – and entirely accurate) to the ambling walk, to the film’s embracing of Lincoln’s eccentric monologing, his love of whimsy and jokes, his autodidact passion for language, his warmth and love for his family – and his righteous anger when frustrated by those who cannot see the big picture – this is extraordinary. Day-Lewis is compelling in a way few actors can be. His Lincoln is superbly human. Every moment is beautifully observed, but this is so much more than an actor’s tricks. His Lincoln is someone you can come out of the film convinced that he was talking to you, that you understand him as a human being not a cipher. I felt I knew and understood Lincoln more from watching this film than I ever had from a history book. It’s breathtaking.

Of course it inspires everyone else in the cast to give their best. The at times difficult marriage between Lincoln and his wife gives some wonderful material for Sally Field (easily her finest performance in decades). Mary Todd Lincoln is aware she will always be a disappointment for her husband as a partner, but equally feels that her public mourning for this lost child speaks of a deeper humanity than her husband. Loyal if questioning, she’s also abrupt and clumsy enough at times to be a liability.

Lincoln is a film shot with all the prestige of an American Merchant-Ivory, in love with the power of democracy. But it’s also open-eyed on how a system like America’s works, and how perilous delivering “the right thing” can be. Emotional and engrossing, it’s powered above all by a towering sublime performance by Daniel Day-Lewis who might as well be the 16th President reborn. It took me three viewings to see the richness here – but I am so glad I stuck it out.