Who's Afraid of Virginia Woolf? 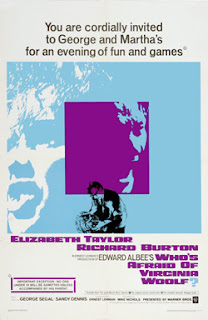 In 1966, Hollywood was only just emerging from the strict rules of the Hays Code. These governed everything from the themes a film could explore to the language you could use while doing it. But in the permissive 60s, it was finally beginning to crack – and Who’s Afraid of Virginia Woolf? was one of the first films to really push it over the edge. This film helped usher in 70s Hollywood, where filmmakers finally felt empowered to explore darker themes and to do so with sex, violence and bad language. Five years after this film came out, something like A Clockwork Orange could become a box-office smash and a Best Picture nominee. Talk about the changing of the guard.

Mike Nichols’ film debut is a faithful adaptation of Edward Albee’s Broadway smash, which had been controversial enough on stage for its full and frank exploration of a marriage consumed with bitterness, feuding and pain. Not to mention its open acknowledgement of extra marital sex, abortion and alcoholism all delivered with a literal “screw you!”. Elizabeth Taylor is Martha, daughter of the president of a small New England college, whose husband George (Richard Burton) is a failed associate history professor. The couple are locked into a dysfunctional marriage that mixes recrimination and a perverse, shared sense of humour. Drunkenly returning home after a party, they welcome a new professor (George Segal) and his wife (Sandy Dennis) to their home for a nightcap. There they quickly rope the couple into a series of increasingly personal “games” with an edge of cruelty and lashings of verbal abuse.

Today, Who’s Afraid of Virginia Woolf? has not always aged well, coming across at times as rather forced and overbearing, as is often the way with films that pushed the boundaries so effectively back in the day. Nichols has the confidence to avoid “opening up” the play too much – its single setting on stage is augmented here only with a brief drunken excursion out to a late night bar – and instead focuses on drawing out four superb performances from its actors (all Oscar nominated) and letting the camera move intricately around the confined rooms where the action takes place. 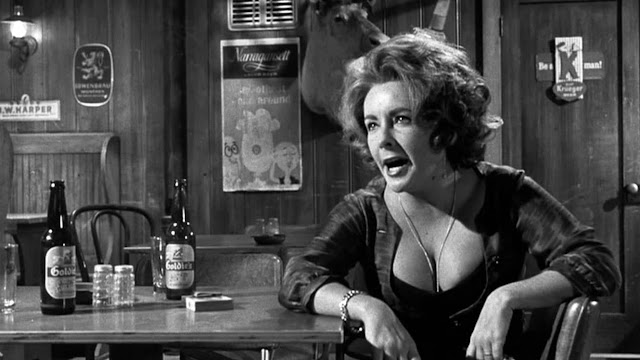 What Nichols really draws superbly from this film is the control of the film’s continual pattern of simmer, tension and release. The play is effectively a series of psychological games that George and Martha play between themselves. The film is like a drunken, truly mean-spirited version of Noel Coward’s Hay Fever, where the self-absorbed hosts similarly play elaborate ”games” with their confused guests. Most games involves Martha and George turning on each other, viciously attacking the other for everything from failure to drunkenness, with their guests used as the jury, mixed with “get the guests” interludes as the couple turn on the sexual and marital issues in their guests’ lives

It makes for a series of compellingly delivered sequences – even if the constant thrum of tension and heightened half-mock, half-real fury Martha and George keep up for most of the film finally starts to bear down on the viewer. The film starts banging its points with a transgressive pride, which looks like increasingly like a lot of sound and fury over quite minor issues. But then that’s always the way with convention defying films – so many following films have buried these conventions, that the attention grabbing way this film does it looks quite tired and overworked today.

As Martha and George, Nichols was able to cast the most famous married couple on the planet at the time, in Elizabeth Taylor and Richard Burton. With these titanic personalities working – for perhaps the only time – with a director who had the skill and authority to tame them, the two of them delivered probably their finest performances on film. It also adds to the illicit sense for the audience – like Nick and Honey – that we are trapped into seeing a series of personal and intense conversations and arguments.

Finally accepting the sort of intense and challenging material he often overlooked for well-paid gigs, Burton is superb as George: a mass of passive aggression, condescending to everyone around him, capable of great cruelty but also a crushed, disappointed and vulnerable man, desperate for affection. 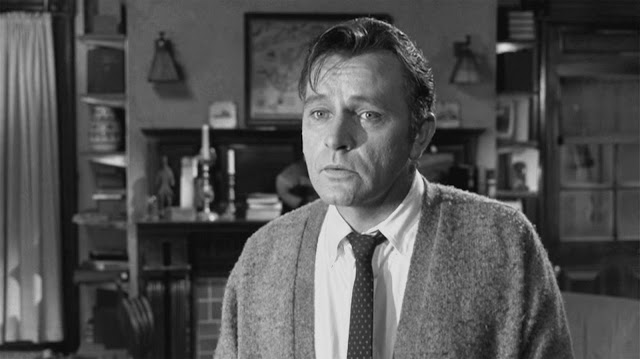 Elizabeth Taylor was similarly sensational – and Oscar-winning: puffy faced, blowsy and domineering as Martha, who similarly has buried her pain and loneliness under a never ending onslaught of aggression, mockery, tartiness and loudness. Brassy and bold, Martha at first seems the controlling, even abusive force in the relationship, but she is also isolated, scared and overwhelmed with pain.

What’s brilliant about the relationship between the couple is at first it seems like George and Martha are a deeply unhappy couple, fuelled by hate. However, it becomes clear their feuding and contempt for each other is in fact part of a relationship grounded on mutual love and need (the final shot is their hands joined together), revolving around their mutual shared pain on their failure to have children. The couple’s primary “game” is a private one – a fictional child, invented to compensate for their mutual infertility – discussion of whom early on by Martha opens the door to the fury that follows. But it gives an insight into their relationship, actually kept fresh by their feuding.

By contrast, it’s the seemingly happier young couple who have serious problems. Nick, very well played by George Segal, is a dashing young buck who is actually selfish and, with a dream of sleeping his way to the top (despite his possible impotence), whose lack of depth is routinely savaged by both Martha and George. Despite this, Nick doesn’t seem to realise that this he’s in the middle of a series of games. He’s married his wife out of obligation for her pregnancy. Honey – an Oscar-winning turn by Sandy Dennis – on the other hand seems to be aware she’s out of his depth here, and reverts into an almost childish passiveness, mixed with awkward horror which slowly peels away to reveal her misery and depression. Slowly we realise Nick and Honey have nothing in common.

It’s a complex and intriguing play, brilliantly bought to the screen by Nichols whose camera (in stark black and white) bobs and weaves through the action, involving each actor in every scene (the camera often focuses on reactions as much as dialogue delivery). All four of the actors are great, but Burton and Taylor are nothing less than sensational (ironically their careers never seemed to recover from the amount they put out there, with more than a few speculating that their own marriage was but a few degrees different from George and Martha) and the film itself, while overbearing, is also still compelling in its complexity and stark insight into human relationships.
Email ThisBlogThis!Share to TwitterShare to FacebookShare to Pinterest
Labels: Elizabeth Taylor, George Segal, Mike Nichols, Play adaptation, Richard Burton, Sandy Dennis