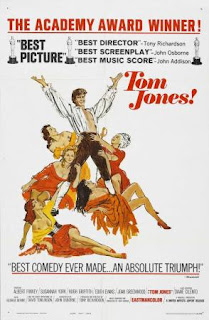 In early 1964, America was at the height of Beatlemania. Everything about Swinging Sixties London was the height of cool, so what better way to reflect that at the Oscars than naming Best Film of the previous year as being Tom Jones, the film that turned Henry Fielding’s work into the epitome of the era’s vibe. Watching Tom Jones today is a cruel reminder that generally nothing dates as hard or as fast as cutting-edge film techniques, and that time is often not kind to comedy. But Tom Jones was the first truly British film to lift Best Picture since Olivier’s Hamlet in 1948, so it was a sign of the short-lived all-conquering cool of British culture.

Adapted with a frenetic style from Henry Fielding’s novel, the film follows the trials and tribulations of Tom Jones (Albert Finney), adopted by Squire Allworthy (George Devine) after he is found abandoned on Allworthy’s bed as a baby. Growing up, Tom is a roisterer and rodgerer (especially keen on rodgering) but fundamentally decent, in love with Sophia Western (Susannah York) and the target of jealous rumours from his cousin Blifil (David Warner, looking a bit lost in his film debut). Banished as a result of Blifil’s schemes, he journeys to London encountering adventures along the way, not least a night of bliss with a Mrs Waters (Joyce Redman) who may (or may not) be his mother. Will Tom be able to prove his innocence, win the love of Sophia and escape his destiny of being “born to hang”?

Tony Richardson came to Tom Jones fresh from directing several searching, morally complex kitchen-sink dramas – and basically seemed determined to cut loose with this film by having fun. What he comes up with is an explosion of multiple different styles, from silent film to sped-up Benny Hill chases. Not a single editing or camera trick is unused, with the film stuffed to the gills with fades, wipes and freeze frames. Richardson basically used every single trick in the book. He was also lucky to have a perfectly judged score from John Addison (winning an Oscar).

It makes for a frenetic and fast-paced film, in love with its own 60s cool of anarchic comedy, sexual liberation and tongue-in-cheek lack of reverence all washed down with a bucket load of thigh-slapping bawdiness. It’s a film that’s inordinately pleased with itself, using Fielding’s interventionist narration style as the licence to break the fourth wall frequently and introduce a dryly hammy voiceover from Michael MacLiammóir. All of this was seen as the height of daring film-making back in the day – especially since Hollywood expected literary adaptations to be treated with reverence rather than as a high-brow Carry-On. But it’s dated badly. 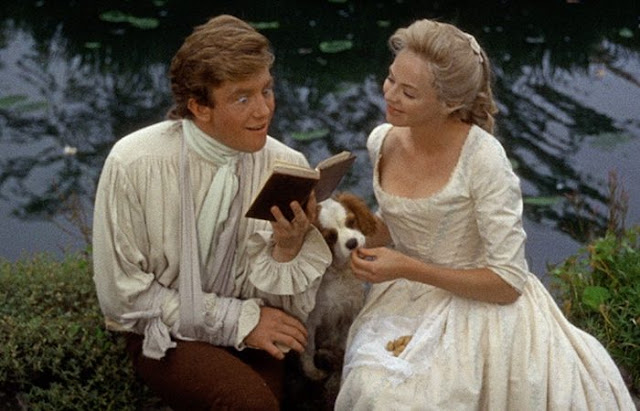 Its smug, overbearing sense of zeitgeist cool comes across terrifyingly passé today, and the film’s daring use of every single cinema style makes it tonally feel like a complete mess. Richardson will segue from farce straight to an immersive hunting sequence where we are invited to feel every moment of the blood lust and violence, straight to a pastoral sequence showing the courtship of Tom and Sophia in glorious countryside.

Richardson himself – despite winning Best Director for his very self-consciously flashy work – also had mixed feelings about the film, recutting it shortly after its Oscar win into a shorter version which remains the version most people have seen today. He said of it that it “felt incomplete…and botched in much of its execution…whenever someone gushes to me about Tom Jones, I always cringe little inside”.

It’s a fair assessment of a film that is all flash – and way too much of it – and so little substance that it frequently becomes trite, smug and unpleasant to watch. John Osborne’s script (which apparently he submitted than refused to redraft) is an all honesty a mess (much of it was rewritten on set while the narration was a post-production addition to make it all make sense), with barely any quotable lines, and whatever skill the film has is all in the telling and the editing.

Did Richardson take the whole thing as a lark and then work out later on that comedy is harder than it looks? The entire film was a complete mess on set – several errors were in fact left in the film (such as Western falling off his horse due to Griffith’s drunkenness) and then turned into jokes through the voiceover. There is a slight air from all involved that this isn’t proper film-making, that this is just one to flog for a bit of cash. Its Oscar win is inexplicable, but can be chalked up to a horrendously weak year at the Oscars. 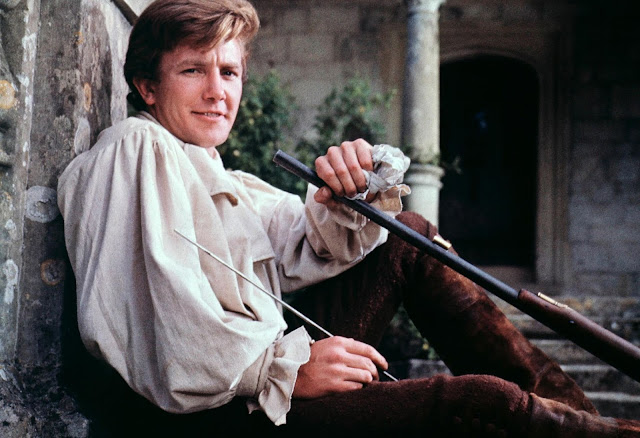 Many of the rest of the cast mug shamelessly. Hugh Griffith bizarrely landed an Oscar nomination for a performance of gurning over-the-top mania. The film had three nominations for Best Supporting Actress: Edith Evans emerges best, although she could play this domineering Mrs Western standing on her head; Diane Cilento brings an attractive lightness to buxom Molly while Joyce Redman is good value and gets the film’s most famous sequence, a slobbery eating sequence with Finney where food is consumed in a very suggestive way as foreplay. Arguably the best supporting roles come from Joan Greenwood as the sexual but cruel Lady Bellaston and George Devine as the decent Squire Allworthy (the only character who isn’t some sort of caricature).

Tom Jones is most of all a memento of a particular brand of fast-paced, technique heavy, manic sixties comedy. It made a lot of money and won a lot of awards, so led to a torrent of similar films from bawdy Hogarthian costume dramas to sex comedies in modern London with naïve but well-endowed young men. Richardson and co. should have credit for catching this vibe first – but it makes for an odd experience today, like a slightly uncomfortable museum piece.
Email ThisBlogThis!Share to TwitterShare to FacebookShare to Pinterest
Labels: Albert Finney, Best Picture, David Tomlinson, David Warner, Diane Cilento, Edith Evans, George Devine, Hugh Griffith, Joan Greenwood, Joyce Redman, Julian Glover, Susannah York, Tony Richardson, Wilfrid Lawson