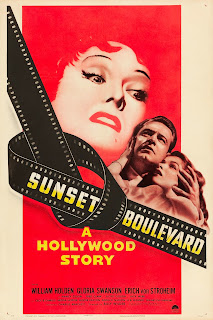 Imagine if Charles Dickens had been born a hundred years later. He would surely have headed to Hollywood – and if he had, surely would have written something like Sunset Boulevard. Because who is Joe Gillis but another shallow Pip, dreaming of fortune and wasting his brains, who turns up at Satis House but stays on to become Miss Havisham’s live-in lover? Sure Wilder is more cynical and bitter than Dickens, but I guess even optimist Dickens killed off Little Nell so maybe he too would have had Joe Gillis end (and start) the film face-down in a swimming pool with three bullets in his back?

The cops arrive to find Joe (William Holden) exactly like that, while we hear Joe’s acidic commentary outlining exactly how this state of affairs came about. Joe is a screenwriter in Hollywood (he’s in the second tier of a second tier profession in the movies) who can’t get his latest script made for love nor money. Dodging the debt collectors set on reclaiming his car, he pulls into the drive of a mysterious house. It’s the home of Norma Desmond (Gloria Swanson), a forgotten silent film star who now lives out her days in her mansion, dreaming of her past glories and planning for a return to stardom that will never come, tended to by her loyal butler Max (Erich von Stroheim). Joe is roped in first to rewrite the (terrible) script she has been working on for her comeback, and then to become her live-in lover. But can such a situation survive Hollywood’s cold heart and Joe’s own self-loathing and desires to restart his screenwriting career in partnership with ambitious young studio script reader Betty Schaefer (Nancy Olson)?

Billy Wilder’s poison-pen love letter to Hollywood skewers the coldness at its heart. It does this with a triumphant mix of the grotesque and the heartfelt, the surreal and the coldly realistic, an insider’s guide to the world behind the magic of film-making and a story about those shut out of that very world. Hollywood is a shallow, bitter town where you’re either top of the bill or no-one at all. Would people from any other profession write such a bitter denunciation of their job that is also laced with affection and love? Maybe it has something to do with this being a unique profession which you have to love to enter, but once there you work with people who see it as a business.

The smell of desperation is there from the start, with Joe peddling his dreadful sounding baseball movie The Base Is Loaded to a polite but uninterested producer. Dropping a host of names and accepting any number of changes to the story (including changing it into an all-female sporting musical), Joe might once have had a talent but, as he says, “that was last year, this year I need money”.  William Holden was a late choice for Joe, but he is perfect in the part, capturing the air of the self-loathing cynic, a man bright enough to understand he’s shallow, a hack and desperate for any touch of the fame and fortune Hollywood can bring him. 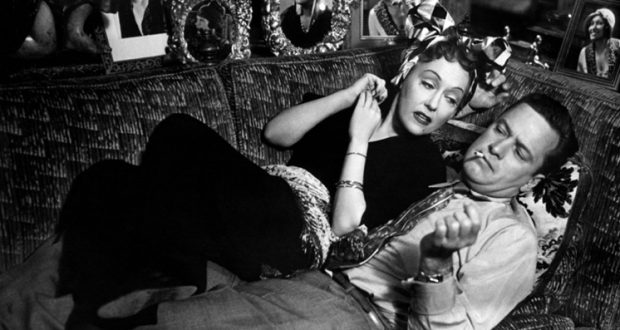 Just like Pip, Joe is a young man who feels he is entitled to a life he scarcely seems to be qualified for. No wonder he settles into a life as Norma Desmond’s gigolo – it may well damage his sense of masculine pride to be an emasculated house-boy, but my God the suits are nice. And what talent does Joe even really have anyway? The script he is peddling barely seems to have any merit at all, and his extensive polish of Norma’s vehicle is still so alarmingly bad it never even gets the slightest consideration from Cecil B. DeMille. But Joe can’t let it go because he’s like a moth drawn towards those bright Hollywood lights.

And those bright Hollywood lights have consumed forever Norma Desmond. Wilder pulled Gloria Swanson out of an enforced semi-retirement to play the silent screen siren, whose career her own so closely parallels. It’s easy to remember Norma as a sort of Psycho-ish grotesque, a demented Miss Havisham living in her own crazy patchwork world of memory and delusion. Swanson certainly channels brilliantly the expression and body language of silent cinema into the part, and Desmond’s use of the sort of exaggerated gestures from that era in everyday life hammers home how her life hasn’t moved on from her glory days.

But that would be to overlook the immense skill in Swanson’s performance. Norma may be sad, desperate, probably more than a little unhinged – a larger than life Miss Havisham to whom the “the pictures got small”, but she’s also a real person. Swanson makes it clear she genuinely loves Joe, she’s generous when she wants to be, devoted in her own way and immensely fragile. She takes a delighted pleasure in entertaining – a sequence of her reliving her glory days for Joe’s amusement (he couldn’t give a toss, making it all the more painful), capped with a charmingly delightful Chaplin impersonation shows a Norma who loves entertaining, loves putting a smile on people’s faces. Sure she’s obsessed with fame and desperate to reclaim it, but she’s also deep-down a real person.

But then that’s part also of Wilder’s romantic look at cinema. He can totally understand the bitter, destructive “business” part of it, but he still loves the show. His insiderish film is full of loving tributes to old Hollywood. Norma sits and watches real film footage of the real Gloria Swanson. The visit to Paramount Studios delights not only with its “backstage pass” feel, but also in the excitement with which the ageing extras and stage hands greet Norma. Norma’s weekly card games are staffed with genuine silent movie stars like Buster Keaton. Cecil B DeMille even pops up as himself (on the set of his film Samson and Delilah), kindly trying to guide Norma out of the studio even as he lacks the guts to tell her that her dream of a comeback is stillborn.

So how can you not feel sorry for Norma, who is clearly locked up in her haunted house on the outskirts of town, a million miles from reality, surrounded by endless reminders of her past glories. It’s so all-encompassing it traps Joe as well – at one point Wilder shows him trying to storm out, only for his pocket watch to literally get caught on the door. This place of dreams is staffed by the butler Max, a beautifully judged performance of Germanic chill mixed with doe-eyed devotion from Erich von Stroheim, also playing a dark version of himself as Norma’s pioneering former director (and husband) now reduced to protective butler. The entire house is a mausoleum without any escape. 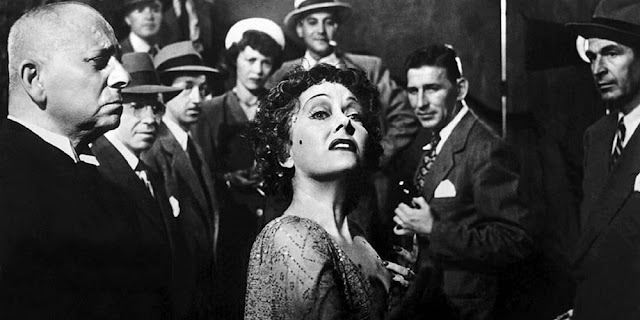 The only character who seems truly positive is Nancy Olson’s wonderfully sweet Betty Schaefer, passionate about crafting a career for herself in the cinema. But even she is ruthlessly ambitious, a woman quite happy to consider jilting her fiancée for Joe’s attentions and has her eye on the price of success. She may have the talent, but she’s also got the sharpness.

Billy Wilder’s film brilliantly explores all these divides and contradictions in Hollywood and its history. Because what is Hollywood but a town that pays lip service to the past, but only has eyes for the future? Particularly with women. Female stars have a short shelf life and then they are dispatched. Poor Norma is still glamourous, still clearly has star quality – but as far as Hollywood is concerned she may as well be a million years old. No wonder Joe, used to these attitudes, is so ashamed to be kept by her – a woman he constantly refers to as a middle-aged friend.

The dialogue, as you would expect from Brackett and Wilder, is superb from top to bottom with zingers and well-constructed dialogue exchanges so well placed they will survive for as long as there are movies. The film is beautifully shot by John F Seitz – part gothic horror, part dark romance, part neo-realist. Its pacing is perfect, its four act construction perfectly put together. All four of the principals (all Oscar nominated, none winning) are pitch perfect, sketching out characters that feel real and mixed with tragedy and loss as much as they are larger-than-life otherworldliness.

It’s the mixture of the freak show and the heart, in the massive Havishamesque estate, that marks this out as Hollywood does Dickens. The astute understanding of central characters, with enough depth to understand their shallowness, the grotesques that revolve around them but still have their humanity, it’s all there. Wilder mixes it with his own Hollywood emotions and his dry wit and cynicism to create a damn near perfect movie.
Email ThisBlogThis!Share to TwitterShare to FacebookShare to Pinterest
Labels: Billy Wilder, Buster Keaton, Cecil B DeMille, Erich von Stroheim, Fred Clark, Gloria Swanson, HB Warner, Hollywood satire, Jack Webb, Nancy Olson, William Holden