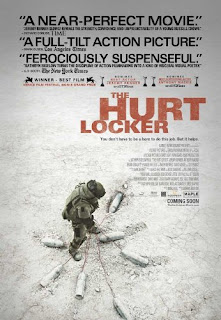 There have been few wars in history as controversial as the Iraq war. Despite this, it’s hard to think of a film that really has nailed the complex social, political and military causes behind the war – or managed to engage with the deep unease much of the Western world feels for the campaign. While there have been great films about Vietnam, that other opinion-dividing conflict of the last 50 years, there hasn’t been one about Iraq yet – perhaps because the wound is still so fresh. The Hurt Locker gets closest by far – largely because it is a film that makes war its subject, not Iraq; it could just as easily be set in the fields of France as the streets of Baghdad.

The Hurt Locker makes no comment whatsoever on the controversy behind the decision to intervene in Iraq. Instead, its focus is entirely on the psychology of those who go to war, and the sorts of personalities it can attract, from those with a keen desire to do their duty to others who get a certain “buzz” from risk and conflict that they cannot find elsewhere in their lives. As the film’s opening words say, “War is a Drug”. And there are few characters more afflicted by an addiction to that drug than Sgt William James.

Not that James is a villain. One of the film’s many strengths is that he is far from a lunatic. Played with a career-defining charisma and intensity by a then almost-unknown Jeremy Renner, James takes personal risks (defusing bombs without the huge rubber safety suits, turning off his comms to concentrate, returning to bombsites to collect trophies or lost items) but he also shows concern and empathy for his fellow soldiers and (largely) avoids putting them in danger. With the team pinned down by snipers in the desert, he calmly reassures Eldridge and talks Sanborn quietly through taking down the snipers. He develops bonds with people and later in the film shows great compassion and willingness to put himself in danger to save a man unwillingly attached to a suicide vest. 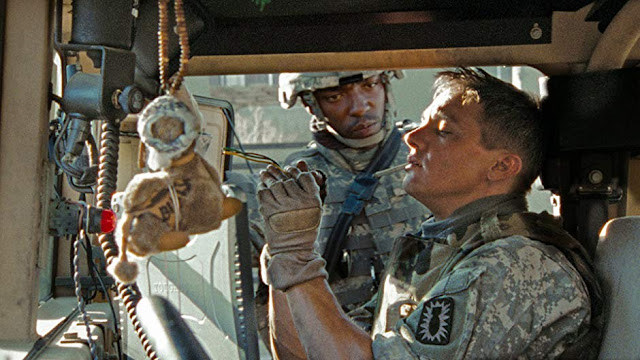 James’ struggles are to deal with the modern world and its shallow obsessions compared to the thrill of putting your life on the line (as the film brilliantly illustrates with a final vignette of James back home at the end of rotation, staring blankly at a wall of cereal boxes in a supermarket). On campaign, he talks dismissively of his child and claims to not know or understand his relationship with his wife. But this is a front – it’s clear his family life is far more settled than he suggests – and is actually more connected to his guilt at enjoying his time on military posting more than he does the neutered warmth of family life. Renner excels at all this complex psychology, crafting a man who is aware of his addiction, can’t combat it but feels a deep guilt for it.

The Hurt Locker is about how this rush of war can be more compelling and life-affirming than hearth and home. It’s also perhaps a commentary on how we ourselves get a rush from watching action and war films – that it’s only a few steps from enjoying watching the excitement of conflict, to enjoying being in the middle of that kind of action. Is James really that bad? Defusing bombs is a difficult and demanding job – and James knows (rightly) that he is one of the best at doing it. And shouldn’t a man enjoy his job? Renner’s glee at a job well done is balanced by guilty awareness that he shouldn’t be enjoying himself as much as this.

Kathryn Bigelow is in her element directing this burst of male testosterone, assembling a film that is gripping, tense and hugely exciting. It’s essentially constructed around a series of set-pieces, each of them more unsettling than the one before. Bigelow’s direction is impeccable, as each of these sequences is both unique in tone and utterly compelling. Bigelow became the first woman to win Best Director at the Oscars – and her acute understanding of men enamoured with the buzz of adrenalin is what gives the film much of its narrative force.

It also helps that the film she has assembled here is a technical marvel, brilliantly shot by Barry Ackroyd with a scintillating display of hand-held cameras, cleverly focused details and immersive story telling. The Hurt Locker is a film both drenched in sun and darkness, with burning yellows and oppressive greys. It’s a film that captures the incredibly alien, heat-stoked insanity of Iraq, and the journalistic style and camerawork make everything we watch feel even more immediate.

In the middle of this, the psychological drama between the maverick James and the cautious, procedure-led Sanborn (played by an equally impressive Anthony Mackie, whose every moment buzzes with frustration and anger at the dangers he sees James inflict on them) plays out wonderfully. Bigelow has an immediate understanding of how the adrenalin and testosterone of combat quickly bubble up into violence and aggression off the battlefield, with these two men often becoming like rutting stags, struggling to place their own supremacy on the team – with Brian Geraghty’s weaker Eldridge the pawn between the two. 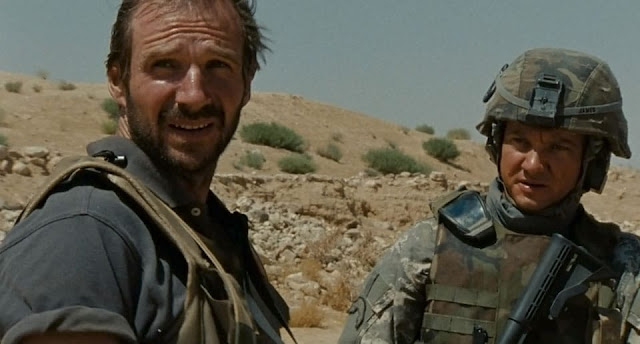 The Hurt Locker does what it does so well that it’s easy to overlook its flaws. Its narrative is so pure that you regret it gives barely a second to addressing the issues in Iraq or how the behaviour and attitude of the soldiers there (mostly angry and abusive towards the local population) may be contributing to the problems. It also struggles to add much narrative originality to the story, beyond its set-pieces – in particular James’ friendship with a young Iraqi boy seems like the forced stuff of movie convention in a film that prides itself on reality. When dialogue takes over from action, many of the psychological points it raises have been seen in countless films past. You could argue that the film is largely at its weakest when it tackles any questions of plot at all, and that what Bigelow has really done here is make one of the finest boots-on-the-ground immersions you are going to see.

And if The Hurt Locker is just that then, you know what, that’s fine too. Because when it does this it’s one of the best in the game. Brilliantly assembled, shot and edited (those many Oscars were well deserved) it’s a gripping war film that relies a little too much on some of the conventions of war and combat films, while also focusing very intently on how war affects the psychology of the men at the sharp end. It gives a truly unique perspective of the dangers (in every sense) and is brought to life by a series of fine performances, with Renner and Mackie outstanding. Wonderfully directed, and smashingly tense, it’s a worthy contender in the upper echelons of any list made of great war films.
Email ThisBlogThis!Share to TwitterShare to FacebookShare to Pinterest
Labels: Anthony Mackie, Best Picture, Brian Geraghty, Christian Camargo, David Morse, Evangeline Lilly, Guy Pearce, Jeremy Renner, Kathryn Bigelow, Ralph Fiennes, Sam Spruell, War film