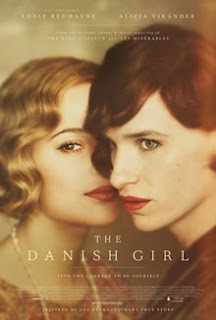 Working out who you are can be a lifetime’s struggle for some people. Finding out that who you are is someone outside the bounds of what society considers normal or acceptable often calls for a special kind of bravery. That’s the kind of bravery that Einar Wegener had when he realised that he felt he was a woman, not a man. Einar became one of the first ever recipients of sex reassignment surgery, becoming Lili Elbe. It’s an inspiring true-life story, fudged in Tom Hooper’s syrupy, sentimental film.

Eddie Redmayne plays Einar/Lili, slowly realising his fascination with women’s clothing is actually part of a far larger realisation, that she identifies as woman rather than a man. Her wife, Gerda (Alicia Vikander), helps Lili explore her identity, herself journeying through pain at losing her husband to final acceptance and support as Lili begins surgery to complete her transition.

Tom Hooper’s film is shot and framed with the magnificence you expect from his previous films. Hooper’s mastery of framing not only presents people in striking contexts (he has a particular eye for positioning people artfully in a frame with fascinating walls behind them), but also uses the camera to drill into its protagonists (throwing backgrounds into soft focus) to help you begin to empathise with them. It’s a great way to build a connection with the lead characters. But the film never quite adds enough depth and real understanding to its beautiful visuals. I’m not sure it really gets inside the mind of Lili and gets a real understanding of her.

For starters, the structure of the film is confused. The main problem is that the dramatic thrust of the film is Lili realising she is a woman. The character’s emotional and psychological conflict is all bound up in struggling to accept this: the journey of the film is Lili’s internal journey to know and accept herself. Once this realisation is made the drama drains out of the film. Try as it might, it can’t make a series of operations to make complete Lili’s transition dramatically interesting. It also fails to really get inside the psychology of Lili at this point, making her feel more like an exotic, occasionally selfish, passenger through a series of treatments, rather than someone who feels like she has real dramatic thrust.

This is partly because the film splits the perspective more or less equally between Lili and Gerda. While the film follows the passage of Lili realising who she is, if anything more of its empathy and understanding (and interest) is invested in how Gerda reacts to this change. You can see the logic of some complaints that the story of this leading LGBT figure is filtered through the perceptions of their heterosexual wife. Gerda’s emotional journey – pain, anger, rejection, sorrow, despair, acceptance and support – is what really drives the film, far more really than Lili’s realisations. 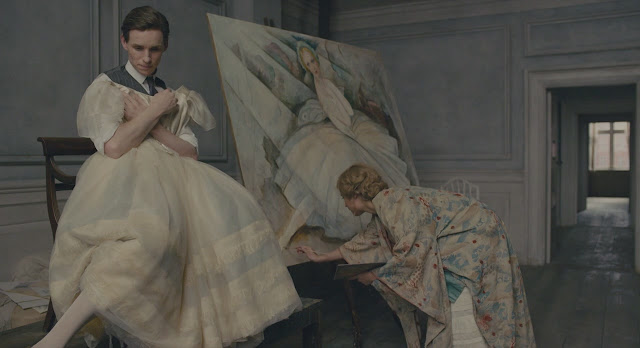 But this slightly skewed perception is all part of a film that never quite feels true. I appreciate that Lili moved in some bohemian circles, but surely more people would have been more outraged in the 1920s and 30s by this change. The only people in the film we see reacting in any way negatively are two doctors and a pair of thugs in Paris. Other than that, far from a struggle for acceptance, people seem to fall over themselves to tell Lili how wonderful her new identity is.

The most supportive figure of all is Lili’s childhood friend, Hans Axgil (played very well by Mattias Schoenaerts) – who’s the centrepiece of another major issue with the film. This wonderfully warm and kind man befriends and supports both Lili and Gerda. I left the film wanting to find out what happened in real life to this man who seemed too good to be true. Guess what: he was literally too good to be true. He didn’t exist. In fact no one in the film existed other than Lili and Gerda. Furthermore the timeline (and many of the events) of the film have been changed, as have some of the facts around their relationship. For a film pushing itself as an inspiring “true story” this feels more than a little bit like a cop out.

Not that we should detract at all from two lead performances. Redmayne immerses himself utterly in the role and performs with sensitivity, giving Lili an early sense of fear that develops into an increasingly relaxed and confident determination. Vikander is equally good, running the full gamut of emotions: she probably is the movie’s heart (making her supporting actress Oscar feel even more like character fraud). Two fabulous performances – and plenty of striking visuals, well directed – but it’s a film that really never quite feels like it gets into the heart of its lead, and always feels like it’s pushing you into feeling an emotional reaction, straining for you to shed tears, rather than letting them come naturally.
Email ThisBlogThis!Share to TwitterShare to FacebookShare to Pinterest
Labels: 2015, Alicia Vikander, Amber Heard, Artist biography, Ben Whishaw, Eddie Redmayne, Matthias Schoenaerts, Pip Torrens, Sebastian Koch, Social issues, Tom Hooper