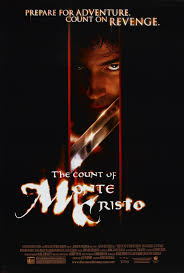 Alexander Dumas’ novels are beasts. The Count of Monte Cristo is a real mountain of a book, a sprawling story of adventure and revenge. Kevin Reynolds’ film had a near impossible task to turn this into a film – most have gone down the route of adapting the book into a TV series – but triumphantly succeeds by locating in it a very clear, very filmic narrative.

In 1815, Edmond Dantès (Jim Caviezel) and Fernand Mondego (Guy Pearce) are young men serving on a merchant ship, who wash up on Elba where Napoleon (Alex Norton) is in exile. Tricked into taking a letter for Napoleon back to France, Dantès is betrayed by Mondego, who desires Dantès’ fiancée Mercedès (Dagmara Dominczyk) and resents his own envy for the far poorer Dantès. The corrupt magistrate Villefort (James Frain) colludes to protect his own family’s secrets, and Dantès is locked up in the dreaded Chateau d’If for 15 years, during which time he meets fellow prisoner Abbè Faria (Richard Harris) who teaches him politics, mathematics, philosophy and sword-fighting. Faria shares with Dantès the secret of the vast treasure he hid on the island of Monte Cristo – treasure Dantès dreams of using for his revenge.

This is actually a fairly nifty adaptation of a huge novel into something cinematic. Almost every change made to the original book ends up working extremely well – and adds an immediately understandable dramatic tension to it. I’d actually go so far as to say this might be a masterpiece of cinematic adaptation. The decision to make Dantès and Mondego childhood friends and rivals instantly adds a real frisson of betrayal to Mondego’s actions, as well as adding a very personal element to the revenge portion of the narrative. The simplification of the other “betrayers” also works extremely well, while the careful links throughout back to Dantès’ upbringing never let us forget the roots he has come from.

The script is also packed full of fun interjections. The idea of the chess piece, which Dantès and Mondego pass from one to the other, becomes laced with symbolism, while the changing of Jacopo into a sort of Brooklyn pirate works extremely well (Guizmán gets some of the best lines, but also gets to show a touching loyalty and concern for Dantès). On top of which, the pushing to the fore of the swashbuckling sword-fighting excitement sets us up for a cracking final sword fight between our two friends-turned-enemies.

Reynolds also shoots the film extremely well with a host of interesting angles and framing devices showing how Dantès position and confidence change throughout the story. The film’s climactic sword fight is brilliantly staged and the film charges forward with a real momentum (there are of course no sword fights in the book!).

Particularly well handled through is the sequence that is (in many ways) most faithful to the original book – Dantès’ time in the Chateau d’If. What I love in this sequence is that it’s a perfect combination of stuff from the book, Karate Kid style training, and some good old-fashioned warm character building. It’s also got two terrific performances from Michael Wincott as an almost comically dry sadistic guard and Richard Harris as the imprisoned Abbè Faria, the quintessential wise-old-mentor (the relationship between Faria and Dantès is beautifully judged). 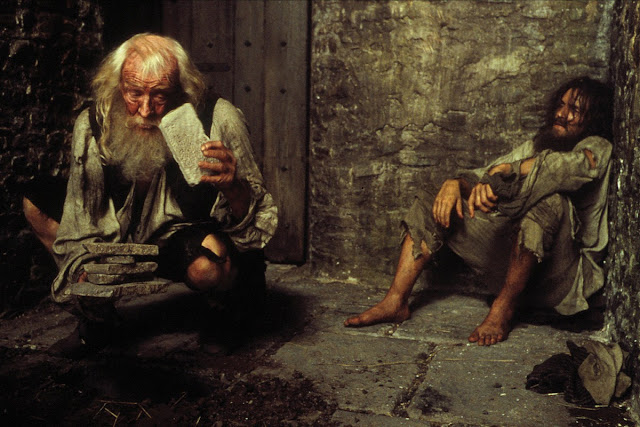 The film perfectly balances its sense of fun and adventure with a very real-feeling story of a man who has to learn there is more to life than revenge. The plot that Dantès puts together probably isn’t the most complex piece of chicanery you are ever going to see, but it doesn’t really matter because the focus is the fun of the journey, and the thrill of someone being a few steps ahead of everyone else.

Jim Caviezel is very good as Dantès, just the right blend of forthright moral strength and simmering resentment (few actors do stoic suffering better than Cavizel). There is a really nice questioning throughout the film of Dantès' motives and whether revenge is really worth the candle, which adds a lovely depth to Cavizel's performance.

But the film probably gets waltzed off by Guy Peace (who turned down the role of Dantès because he thought Mondego was more fun) who gets to campily simmer, sulk and fume at the edge of every scene. Mondego is brilliantly reinvented as a fearsomely proud, selfish, hedonistic aristocrat with a major inferiority complex, who takes everything from Dantès and still isn’t happy at the end of it. But Pearce has a whale of a time with his cruelty and resentment, and it’s a great reminder of how much he is (as an actor) in love with make-up, Mondego being scruffy, slightly pock-marked and increasingly bad of tooth.

He’s a villain you can scowl at and he’s a perfect counter-point for a hero whose emotional distance is designed to make him at times a difficult man to invest in. The film’s expansion of their personal relationship in its early section works really well, setting up the innate inequalities between them (wealth on one side, bravery and decency on the other) during the film’s cheeky and amusing opening sequence on Elba with Napoleon.