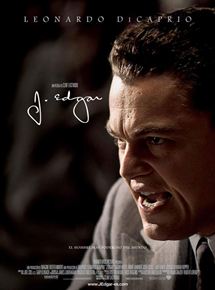 J. Edgar Hoover holds a unique place in American history. As the first ever director of the FBI he ruled it as his own personal fiefdom from 1935 to his death in 1972. A workaholic, he revolutionised the investigation of crime in the USA, centralising records, introducing and championing scientific techniques, and working to change the image of lawmen into heroes. On the other hand, Hoover frequently abused his position, used the FBI to investigate rivals and stamp out groups he judged as dissident, and put together secret files of unpleasant and damaging material on political opponents.

Eastwood’s film actually does a pretty good job of balancing these two J. Edgar Hoovers, and of presenting a fairly even-handed portrait of a man most people see now as the worst example of a power-abusing policeman. The film follows the career of Hoover (Leonardo DiCaprio), focusing in particular on the Lindbergh kidnapping, clashes with Presidents, and his relationships with his deputy (and probably long-term lover) Clyde Tolsen (Armie Hammer) and with his domineering mother (Judi Dench).

The film’s main advantage is a typically power-house performance from Leonardo DiCaprio. His Hoover blusters with insecurity, resentment and a monomaniacal obsession with his own sense of right and wrong. He’s the sort of guy who takes a woman on a date because he thinks it’s time to get married and then takes her to see his filing system. Hoover was a man whose life was work and power – but DiCaprio doesn’t forget that amidst the maniacal power grabbing, he had a confused personal sexuality.

The film suggests Hoover repressed his homosexuality due to the influence of his mother (“I’d rather have a dead son than a daffodil”), and contrasts this painful struggle with the preppy, tender, manly Clyde Tolsen, played with equal skill by Armie Hammer. Tolsen was Hoover’s long-term friend and companion, they holidayed together, ate meals together, lived opposite each other, and Tolsen even accepted the flag after Hoover was buried – neither man married. The film creates a fairly sweet love story of a man who couldn’t fully accept his own feelings falling in love with a man comfortable with who he was. 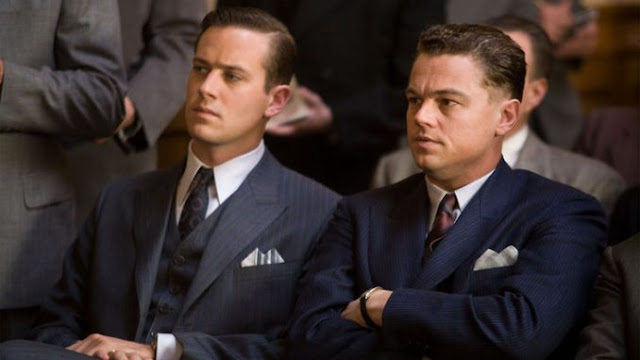 The old-married feeling of this couple – whose physical contact never really goes much further than the occasional hand holding – is the emotional heart of the film. Although the repressed Hoover never admits his love openly (to the occasional hurt of Tolsen), it’s actually a fairly good expression of a normalised same-sex marriage, and Eastwood never succumbs to some of the odder gossip about Hoover’s cross-dressing (except in grief at the death of his mother) or sexual preferences.

His relationship with his mother (whom he lived with his whole life until her death) is more predictable: she is demanding and controlling, he is loving, placid and deferential to her. It’s what we’ve seen before several times – and Judi Dench can play this role standing on her head – but it gives us a nice context to get inside Hoover’s head and understand why he behaved the way he did.

The film doesn’t lose track of Hoover’s ongoing political clashes. We get showpiece senate hearings as Hoover struggles to establish the FBI with the powers it needs to combat crime (DiCaprio is pretty electric in these scenes). Repeated shots show Hoover watching various inauguration parades, or stopping to stare at the same portrait of Washington as he heads in to meet with (and intimidate) various (unseen) presidents. The film hits these beats hard at times – did we need Hoover telling Robert Kennedy that he has information on “your brother, the President of the United States”? But it’s not afraid to show Hoover unsympathetically, particularly in his vindictive campaign against Martin Luther King.

What Dustin Lance Black’s screenplay, and Eastwood’s professional, smooth direction, do well is explain why Hoover may have hated these people so much. The film focuses on Hoover’s early days – full of anarchist bombings, wildfire communist strikes that led to clashes with the police, years of bank robbers and gangsters carrying on unrestricted in America – that makes you at least understand why he felt America was under threat. 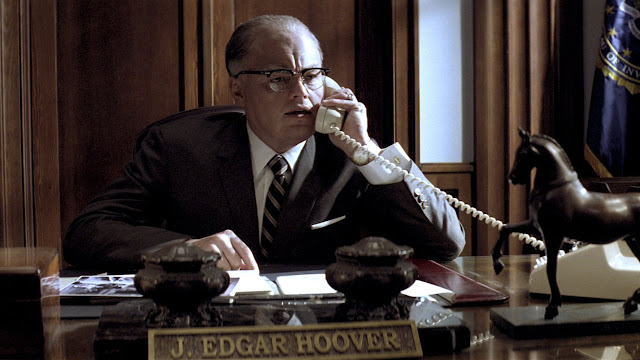 The film’s reconstruction of period detail is exquisite, and much of the photography has a brilliantly murky, sepia tone to it I really liked. The reconstruction of details from the Lindbergh kidnapping is very well done. All this is much better than some of the wonky “old age” make-up Di Caprio, Hammer and Watts (playing Hoover’s faithful secretary) have to labour under towards the end of the film (Hammer in particular looks slightly ridiculous under laboured liver patches).

In structure, this is a fairly traditional biopic, and in trying to cover Hoover’s entire career it often skips over or misses key incidents. In an era where “modern” biopics tend to focus on dramatizing one key moment in their subject’s life (such as Selma or Lincoln), J. Edgar feels a bit more like a 1990s biopic. It crams so many events in, it sometimes feel like an “and then this happened” sort of film, rather than the more interesting thematic film under the surface.

It’s also struggling to bring more interesting depths out. It has a neat structure of Hoover dictating his biography to a string of indistinguishable “trusted” FBI agents (each scene has a different one, and there is neat visual gag as Eastwood cuts to a series of these guys in a row offering the “wrong” answer to Hoover’s question as to who was the most famous American of the 20th century – the answer being Lindbergh). Interestingly a final speech from Tolsen suggests much of what we have seen is Hoover’s vainglorious “legend building” rather than the “true story” – a theme that you feel could have been explored more.

It’s stuff like this that makes J. Edgar stand out a bit more. That and the wonderful performances from DiCaprio and Hammer, as the truly rather sweet married couple-who-weren’t. The film could make more of exploring the psychology of Hoover – the man who hated anyone different, including homosexuals – but who carried this open secret. But there isn’t time. It’s a film with good ideas and scenes, which could be more than it is. But it’s a decent film for all this. Many won’t like the fact that it takes a sympathetic angle on Hoover. But it shows every life has its right and wrongs.
Email ThisBlogThis!Share to TwitterShare to FacebookShare to Pinterest
Labels: 2011, Armie Hammer, Biography, Clint Eastwood, Dermot Mulroney, Jeffrey Donovan, Josh Lucas, Judi Dench, Ken Howard, Leonardo DiCaprio, Naomi Watts, Political dramas