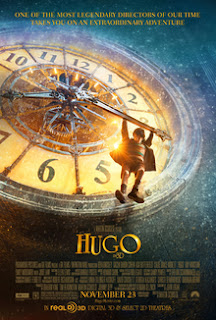 Martin Scorsese isn’t exactly the first name you think of when your mind turns to directors of children’s films. So perhaps it makes sense that, in Hugo, he directed a children’s film aimed at virtually anyone except children. A huge box-office flop, Hugo was garlanded with awards and critics’ acclaim – but I’d be amazed if you find any child with a DVD of it. It’s a film made by a passionate lover of cinema, aimed at lovers of cinema, which just happens to have a child at the centre of it.

Hugo Cabret (Asa Butterfield) is an orphan, living in the Paris train station fixing the clocks, and attempting to fix a curious automaton which his late father (Jude Law) had taken from the Paris museum to repair. After being caught by Monsieur Georges (Ben Kingsley) stealing parts from his toy shop in the station, Hugo must earn back his confiscated notebook on the workings of the automaton. Hugo starts a friendship with Georges’ god-daughter Isabelle (Chloë Grace Moretz), and together they begin to investigate the mysterious past of Papa Georges – and his connection with the early days of cinema.

Any understanding of what makes a good film for children is missing here. It’s not exciting, it’s not engrossing, it’s not particularly fun, it doesn’t place the child (really) at the heart, and most importantly it doesn’t have a story children can relate to. The characters spend a lot of time talking about the glorious adventure they’re on – but none of the excitement translates to the screen. Instead the action creeps forward uncertainly, with the motivations of Hugo himself unclear. There are half hearted attempts to aim at a universal fear children can relate to – losing your parents and searching for new ones – but the film doesn’t run with it.

Its real interest is the power of the movies. So Hugo’s story gets lost halfway through the film, as Scorsese focuses in on the redemption of famed cinema auteur and pioneer Georges Méliès. The children’s adventure is nothing more than visiting a library to find out who Méliès was – after that, they are effectively superfluous to the story. Details about Hugo’s relationship with his father, or with his distant uncle, are completely dropped – and the automaton that seemed like it held the key to Hugo’s purpose, becomes a MacGuffin. It’s a film about a giant of cinema, made by a giant of cinema.

So let’s put aside the marketing of this film as children’s film. The only element of the film that feels remotely like it is part of some sort of kids’ flick is Sacha Baron Cohen’s slapstick, funny-accented railway inspector – and as such Cohen’s hammy mugging sticks out like a tiresome sore thumb. The rest of the film is what you would expect from a cinema enthusiast making a film about the movies – a glorious, loving recreation of old silent movies and the methods of making them, shot and told with a sprinkling of movie magic. 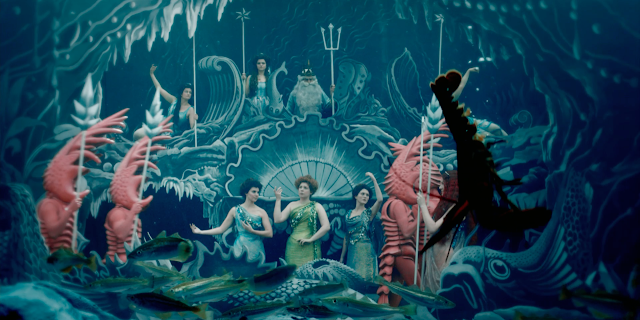 The film looks wonderful. The cinematography is gorgeous, the production design astounding. It’s beautifully made and has a light and enchanting score. Scorsese goes all out to homage the shots and set-ups of old silent movies. In fact the film only really comes to life in its second half, where flashbacks show the methods Méliès used to make his films. The recreation of scenes from these old classics is brilliantly done – and Scorsese’s designers delight in filling the screen with the sort of colour that you couldn’t find in the original. The photography also goes out of its way to give these scenes the sort of colour tinted look that the hand-painted prints of old movies had. Even the editing is designed as much as possible to replicate these old films.

Truly, these sequences are delightful – and Scorsese’s joy in making them is evident in the camerawork, and the emotional force he gives to Méliès’ story (helped as well by Ben Kingsley’s sensitive underplaying as the depressed genius). It’s just a shame that he couldn’t get as engaged with the first part of the film. Hugo’s story is largely dramatically inert – in fact the whole plotline around Hugo feels like a hook on which to hang the second half of the film. As if Scorsese couldn’t make the second part of the film without making the first.

That’s why this film doesn’t work for children, but works better for film-loving adults. The ins and outs of Hugo’s early story just aren’t that interesting – and we aren’t given any real reason to relate to Hugo or to feel any empathy for his journey (whatever that might be). In fact the film stretches this plot line long past any actual content – already I’m struggling to remember exactly what happened in the first hour of the film. This is no comment on the performances of Butterfield or Moritz, who are both very good (even if Moritz is saddled with sub-Hermione Grainger character traits). While it always looks great, it never really finds the heart to get us engaged with Hugo.

So Hugo is a film for cinema-fanatics. Scorsese directs with great invention – but it’s all too clear where his heart is: and that’s why the film failed so spectacularly as a kids’ film. Compare this to Toy Story 3 say, and it’s clear which one most children are going to want to watch. However, if you want to see Scorsese make a charming film about his passions, one that is overlong but looks gorgeous, that playfully recreates the silent cinema era, even while its narrative is basically pretty dramatically inert, you’ll love it. There are moments in this film to treasure – it’s just not really for kids. Just because Scorsese made a film without someone’s head in a vice or zipped into a bodybag, doesn’t suddenly mean he’s going to find a new audience.
Email ThisBlogThis!Share to TwitterShare to FacebookShare to Pinterest
Labels: Asa Butterfield, Ben Kingsley, Chloë Grace Moretz, Christopher Lee, Emily Mortimer, Films about film, Helen McCrory, Jude Law, Martin Scorsese, Michael Stuhlberg, Ray Winstone, Sacha Baron Cohen