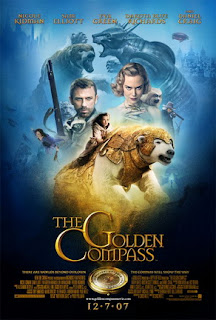 After the success of The Lord of the Rings, bookshops were stripped of all epic fantasy novels with a cross-generational appeal by film producers, their mouths watering at the prospect of having another billion-dollar licence to print money. Nearly all of these projects bombed, but I’m not sure any of them bombed harder than this, an attempt to kick-start a trilogy of films based on Philip Pullman’s both loved and controversial His Dark Materials books. What went so completely wrong?

Pullman’s trilogy is set in an alternative-Oxford, where people all have Dæmons, part of their soul that lives outside their body in animal form. It’s a world where the Magisterium, a powerful organisation, suppresses all free thought, in particular all investigation into the mysterious particle dust. Lyra Belacqua (Dakota Blue Richards) is an orphan raised in Jordan College, who saves the life of Lord Asriel (Daniel Craig), who is investigating Dust in the North. Leaving the college with the mysterious Mrs Coulter (Nicole Kidman), who may or may not be involved in a series of child kidnappings, she eventually finds herself drawn more and more into setting right the problems of her world.

The Golden Compass is a film that pleased no-one. Fans of the book generally hated it. The people who hated the books hated it. The people who hated what they had been told the book was about hated it. Why did the studio decide to make a film in the first place about a book series they seemed to know was controversial from the start? If they didn’t really want to embrace the themes of the books, why bother? Pullman’s books are partly adventure stories, partly intricate world building, partly spiritual discussions – and yes partly atheist tracts with a strong anti-Establishment-church bent (with a more general regard for genuine faith). To put it bluntly, that’s a lot of ideas to try and squeeze into a film – particularly a film well under two hours.

So The Golden Compass is a mess that feels like it’s been put together by committee. It’s been cut to within an inch of its life – scenes jump incredibly swiftly from event to event, often with the barest of clunky explanation voiceover (“We’re going to see Lord Faa, King of the Gyptians”) to tell you what’s going on. Pages and pages of dialogue and character seem to be lost. We are constantly told Lyra is “special” but never shown anything that supports or explains this. An Eva Green-voiced infodump opens the film: clearly the producers were thinking about Peter Jackson’s masterful opening to The Fellowship of the Ring, which skilfully introduces everything. This introduction though is about removing all the mystery and magic of the story as soon as possible by stating it bluntly up-front.

The biggest mess is of course the way the film avoids all reference to Pullman’s religious themes. No reference is made at all to the Magisterium being a church. No reference is made at all to religion or faith. Iorek is clearly being held in a Russian Orthodox painted church – but the building is referred to throughout as an “office”. Derek Jacobi plays one of the principal Cardinal antagonists of the third book – no reference is made to his office. The Magisterium is instead just a “shady organisation” – a controlling gestapo-type organisation, with black uniforms and creepy Albert Speer style buildings. The questions of Dust and original sin – so central to the motivations of the story – are completely unexplained, meaning the child kidnapping and sinister intercission the villains are carrying out makes no sense at all. How on earth they planned to continue not talking about religion in their planned third film is a complete mystery. 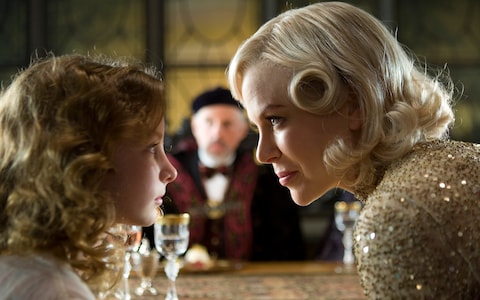 This rushing is the problem throughout the film. Stuff just happens really, really quickly for no real reason. Characters pop up to introduce themselves for later films, or to drop clunky exposition. Tom Courtenay explains what an aleitheometer is for us (the film constantly brings up this “Golden Compass” and its future-telling properties, without ever really making them feel important for anything that happens in the film). Eva Green flies in to say she’s a witch and how pleased she is to meet Lyra and promptly flies off. Daniel Craig name checks Dust, gets captured then disappears. Sam Elliott introduces his rabbit Dæmon and shoots a couple of things. None of this gets any chance to grow and develop – and you end up not caring about any of these characters. Nearly every plot event from the first book is kept in – but so rushed you don’t give a toss.

The structure of the film has also been changed from the book, and not for the better. The film (probably thinking about later films) increases the presence of the Magisterium throughout – but without really making their antagonist role clear. Lyra and Iorek’s defeat of Iorek’s usurper Ragnar is moved to before the final defeat of the Gobbler’s ice base – this doesn’t make a lot of sense. If Iorek now commands an army of bears, why doesn’t he bring them along for the final battle? Lyra instead wanders up to the base like an idiot, and the film extends the release of the children from the ice base into a big battle in order to give us a Lord of the Rings style finish. It doesn’t matter that nothing in the film feels like it’s building plotwise or dramatically towards this battle – it’s there you feel, because Lord of the Rings had battles and people loved that, so let’s get one in here. 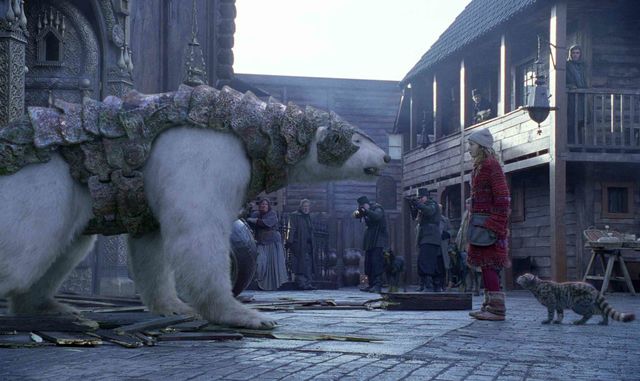 In fact the film builds towards nothing, because it has been cut so poorly, and is such a terrible compromised product, that everything the books are building towards has been removed from it. So the entire thing makes no bloody sense. The clash with the church and organised religion doesn’t work because all reference to faith has been cut. There are mutterings about a “war” coming, but no one says what it might be about. There is a loose crusade to save the kidnapped children – but we don’t understand either side of this. The cruelly ironic ending of the book, with Lord Asriel’s real plan revealed, is deleted altogether from the film – because the studio didn’t want a “downer” ending. As a result the film just suddenly ends (after a clunky “We’ll go home one day after this, and this, and this, and this, and this, and after we’ve solved all the problems of the world” speech).

Studio interference reeks off this whole film. It’s been cut to ribbons. Ian McKellen and Christopher Lee were parachuted into the cast in order to make the film feel more like Lord of the Rings. McKellen sounds completely wrong as a mighty armoured bear (original casting Nonso Anozie would have been perfect). Lee chips in a single line in what is painfully obviously an addition from re-shoots. Anything potentially different or interesting is cut out. In fact anything that was unique about Pullman’s original books is cut out: as much is done as possible to make Pullman’s story as identikit and standard as hundreds of other bland fantasy dramas. As if they hadn’t realised the book was potentially really controversial in the more traditional parts of the US market, it seems like the studio only really read the books once the film was shot, suddenly realised they had made a massive mistake, and tried to reduce the danger as much as possible by making the film as bland as they possible could. 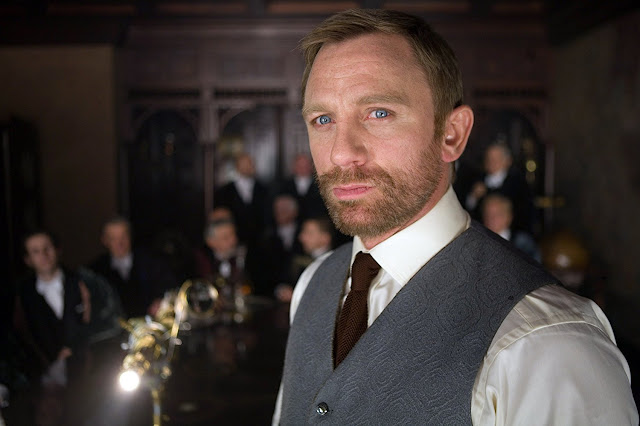 Chris Weitz is completely unsuited for directing it – and he actually feels like a hostage the more you read about the film’s turbulent production – but it’s not all bad. Dakota Blue Richards is actually pretty good as Lyra – she’s got a certain magic charisma. The set design is pretty terrific – even if it is a lot more steampunk than I pictured the novel as being. The special effects are pretty goods - the Dæmons are well done, and the puff of gold Dust they turn into when someone dies is striking. Some of the adult casting is pretty good – Kidman is just about perfect, Craig is pretty good, Sam Elliott stands out as Lee Scoresby. There are some neat cameos as well – I would have liked to see Jacobi get to tackle the third book, Eva Green is wasted, Tom Courtenay is pretty good. It just all rushes by so quickly. You don’t get the chance to get to know anyone fully. If the book was a bit episodic, this takes that worst element of it and ramps it up to eleven.

The Golden Compass tanked. It tanked so hard, New Line Cinema didn’t really recover. All plans for future films were scrapped. However, it is important in another way. In presenting such a horrifically neutered, stripped-down version of the story, it persuaded a lot of people that books rich in world building and content like this needed much longer than a traditional film to be brought to life. It helped persuade George RR Martin that TV was the way to go when selling the rights for Game of Thrones. And His Dark Materials will now live again as a 10 part TV series in the near future. For all its many, many failures – we owe it something.
Email ThisBlogThis!Share to TwitterShare to FacebookShare to Pinterest
Labels: 2007, Box office bombs, Chris Weitz, Daniel Craig, Derek Jacobi, Eva Green, Fantasy, Ian McKellen, Ian McShane, Kathy Bates, Kristin Scott Thomas, Nicole Kidman, Sam Elliott, Simon McBurney, Tom Courtenay