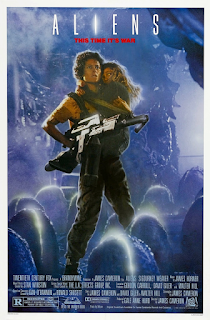 When any list of greatest-sequels-ever-made is put together, you get the familiar names: Godfather Part II, Toy Story 2, The Empire Strikes Back – but no such list is complete without James Cameron’s groundbreaking Aliens. In fact, Aliens is so bloody good no list of great action films, science fiction films or even war films is complete without it.

Set 57 years after Alien, Ripley (Sigourney Weaver) is awakened from hypersleep and returns to Earth. Her warnings of the hideous Alien threats on LV-426 go unheeded by the soulless Weyland-Yutani company – until all contact is lost with the terraforming colony there. At which point, company man Burke (Paul Reiser) recruits a troop of marines to head to LV-426 on a rescue mission. However, the over-confident marines find themselves on a devastated base with only one survivor, a traumatised young girl called Newt (Carrie Henn), and are quickly out of their depth fighting against a ferocious enemy whose tactics and motivations they don’t understand.

Can this really only be the second large-scale movie James Cameron ever made? The guy may be (allegedly) a demanding, perfectionist dick, but you are left in no doubt of his mastery of genre film-making – or the thematic depth and emotional weight he can bring to what in the hands of thousands of other film-makers would have been a cheap-shock, monster-schlock thriller. Aliens is quite simply magnificent, one of the best Hollywood films you are likely to see. I’ve seen it I don’t know how many times, but it never, ever loses its impact. It’s always gripping, the action is always compelling and it never ever fails to scare and thrill you.

Cameron’s trick is that he is so good at build-up. Nary a single Alien is seen on screen for the best part of an hour. Instead Cameron invests time in establishing the characters and their relationships. We begin to understand each of the marines as individuals. We feel our empathy for Ripley grow as we discover she has lost her daughter while in hypersleep, that she still feels traumatised by the events she witnessed, but that she has a strength of character, integrity and will that helps her weather the storms she has endured. You understand these characters so well – and the world that they inhabit – that when they start getting torn apart by slathering xenomorphs, it carries real weight and impact. 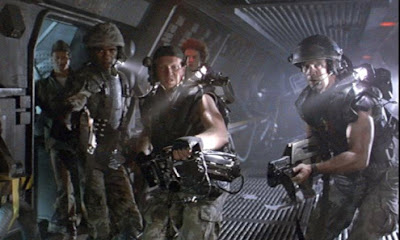 All the weapons the marines have and their tactics are carefully explained. We spend a good 15 minutes in the base itself before any Aliens arrive: the entire complex is quickly established as basically a huge haunted house. The wonderful production design makes it feel like the industrial zone on The Crystal Maze if a desperate hand-to-hand battle had been fought there (it’s also great that Cameron leaves what actually happened there to our imagination). Cameron has a mastery of small details – so the marines’ motion detectors have an electronic bleeping that increases in intensity as movement gets closer. It’s a brilliant tension builder that works time and again. The over-confident marines also makes their later fear all the more realistic and strangely affecting.

Then of course when things do kick off, it goes absolutely mental. Not for nothing is poor Hudson (a career establishing performance of bravado hiding fear from Bill Paxton) screaming “It’s game over man! GAME OVER!” after the first foray into the Alien nest. Paxton by the way has a perfect part in this film – every single line is endlessly quotable, largely because of his pitch-perfect delivery (I love “What so you mean they cut the power? They’re ANIMALS man!”), and despite being a cocky blow-hard, you end up loving him. Jenette Goldstein is similarly excellent as an almost impossibly hard-as-nails marine – she’s full of good advice, such as “Just nerve gas the whole fucking nest”. 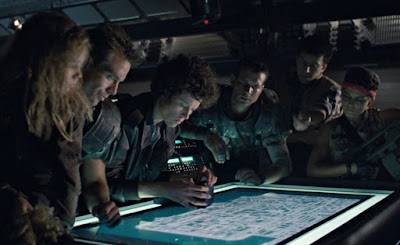 The rest of the film is a helter-skelter of high octane, perfectly paced action. Every single sequence in this film is a stand-out, with stakes that feel impossibly high. Cameron really understood just how terrifyingly, inhumanly, remorselessly brutal the Aliens are – they are relentless and brilliantly single-minded, as well as having a ruthless cunning. They look and sound incredibly unsettling, and their darker, more animalistic design works wonders. It’s actually amazing, considering how this film is over 30 years old, that the Alien effects look better here than in Ridley Scott’s Alien:Covenant. Technically this film hasn’t aged a day – even the model work makes the film look real and lived in, rather than electronic and shiny.

James Horner’s score is sombre, unsettling and foreboding. It makes brilliant use of near ambient sound, before building into crashing, threatening crescendos in sequence with the action. Mix that in with the film’s brilliant sound design, and you’ve got a marvellous soundscape. The Aliens sound unnatural in their hissing fury. The military equipment is just the right side of futuristic and modern. The lighting is a dark mixture of shadows and reds. Everywhere seems unsettled. The editing is hugely influential – fluid, calm, brilliantly communicating the story and the geography of the action, everything. 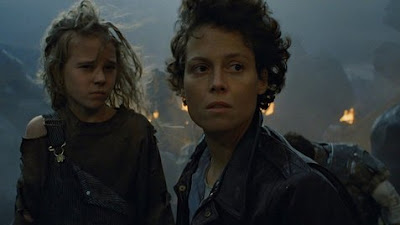 Cameron’s greatest triumph, though, is to ground the story so well in a sense of family. The marines, for all their arguments and feuds, are a functional family unit – part of the reason William Hope’s useless Gorman struggles is because he doesn’t have the confidence to impose himself on such a tight group. But the real family theme is the mother-daughter relationship between Ripley and Newt. This is a bond that grows throughout the film, and feels really genuine and warm. It’s also a relationship that gives an emotional basis for all the actions we see. Cameron recognised that we can all relate to a basic family and that protecting this against the Aliens is what defines us in relation to them.

Of course, it also allows some clever thematic contrasts later when we are introduced to the Queen Alien. While it would be easy to blame this film for the tired cliché of the “Alien Queen” which we’ve seen time and time again, it’s used really well here. The Aliens may be conscienceless killers, but they’re still someone’s children: and we get a really neat contrast between Ripley and the Alien Queen’s determination to protect their children (as well as the best use of the word “Bitch” until Molly Weasley in Harry Potter).

The film’s secret weapon however is Sigourney Weaver’s outstanding performance in the lead. Not many actors get Oscar nominations for sci-fi or action films: Sigourney Weaver is one. And she deserved it because this is an iconic performance. Ripley isn’t an action hero – she’s strong and resourceful and she survives because of that. She’s not skilled at expressing herself or communicating – largely because it’s clear she’s suffering from PTSD. She completely fails to win over the corporate board with her story, and it’s clear the marines don’t hold her initial briefing in high regard. But even before they arrive on the planet, she’s beginning to win their respect. By the time of the initial encounter, her principled, strong-willed, sensible resourcefulness effectively makes her the expedition’s leader.

Alongside this, Weaver does a fantastic job with Ripley’s growing maternal feelings towards Newt – the bond between these two is immediately clear, and her maternal protection of Newt becomes one of her core motivations. With Weaver, Hicks and Newt we end up with a strange family at the centre – a curious closeness that makes the film feel unique. It adds a strong emotional core to the film, and gives Weaver a depth to play with that enlightens her relationships throughout the film – she’s clearly got a strong protective feeling, and her desire to protect the marines is as much a part of this as her feelings for Newt.  It’s a terrific performance, full of feeling and strength. She fully deserved the Oscar nomination – arguably she could have won. 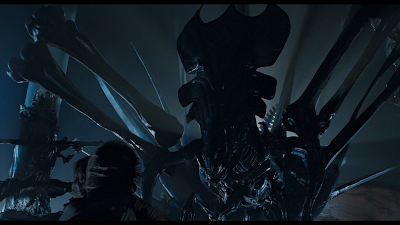 Aliens is one of those landmark films that never lets you down. Cameron’s direction of it is pitch-perfect, there’s hardly a fault in the whole film. It’s a masterpiece of design and construction and totally gripping from start to finish. It’s not only one of the best sequels of all time, as a purely enjoyable and affecting piece of cinema it may well be superior to the original. Even more than the first film, it made Ellen Ripley one of the great iconic characters of cinema. It will never get old and it’s never going to get tired. If you haven’t seen it, you really, really should.
Email ThisBlogThis!Share to TwitterShare to FacebookShare to Pinterest
Labels: 1986, Action Films, Bill Paxton, James Cameron, Lance Henriksen, Michael Biehn, Paul Reiser, Science fiction, Sigourney Weaver, Thrillers