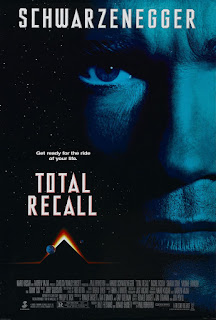 Perhaps in 2084, they will look back on Schwarzenegger’s career and wonder what on earth we were all thinking. He was the figurehead of the 1980s fashion for muscle-bound leading men, defined more by physicality than acting ability. Since then, fashions have changed: movies are led by actors who go through hours of physical training, rather than weight lifters taking acting classes. Would Schwarzenegger be a star today? Quite possibly not: compare him to his nearest modern equivalent, Dwayne Johnson. Schwarzenegger doesn’t have an ounce of Johnson’s ability, wit or even charm. Would the world of twitter embrace an often one-note performer with a paper thin range?

Schwarzenegger got where he was because, for all his lack of acting skill, he is a very clever man: he could spot a script and worked with people who got the best out of him. He turned himself into a brand: “Arnie” the pillar of strength, the master of the one-liner. It worked for films, it worked for politics. Which is all a long intro to say: in his best work, he put himself into decent roles in films from distinctive filmmakers, like Total Recall.

Total Recall is a semi-smart sci-fi action thriller, directed by Paul Verhoeven with his usual Dutch excess: part social satire, part wallow in extreme cartoonish violence and grotesque, Flemish-painting style imagery. Douglas Quaid (Arnie) is a construction worker in 2084, who dreams of escaping his humdrum life and visiting the Mars colony. He decides to visit Recall, a memory implantation centre which promises to give him memories of visiting Mars, with a twist: he’ll visit as a secret agent. However, the implantation reveals Quaid has hidden memories – he may in fact be rogue agent on the run, Carl Hauser. Before he knows it, everyone from his own wife (Sharon Stone) to a brutal intelligence operative (Michael Ironside) is hunting him with lethal force – and Quaid must head to Mars for answers about who he is.

Verhoeven’s sci-fi work adds a level of social satire to high concept stories. In Total Recall he mixes in his critical denunciations of big business and corporate ethics (also a major theme of Robocop) with an everyday acceptance of brutal violence that is so neck-breakingly, blood-spurtingly extreme in places it could only be social satire. Total Recall mocks our own ease with violence as entertainment, by setting itself in a world where the news broadcasts government troops machine gunning protestors (while a newsreader cheerily comments on the minimum use of violence), and the representatives of the Mars Corporation have literally no compunction or hesitation in inflicting huge numbers of civilian casualties in the crossfire.

A lot of this cartoonish violence spins out of the movie’s own playing around with the nature of reality. It leaves open the question of whether Quaid is really a spy in disguise, or if the film’s events occur only in his fractured brain suffering a terminal meltdown from an upload gone wrong. At Recall Quaid is promised his new fantasy memories will be full of action, he’ll get the girl and save the world. Needless to say he achieves all these things by the film’s end. Rachel Ticotin even appears on a screen in Recall as his “fantasy” woman. Is Quaid dreaming or not? It’s a question that is of more interest to viewers I suspect than the filmmakers (other than a few cheeky bits from Verhoeven), but it does tie in neatly with the almost dreamlike hyper violence Quaid dishes out: necks snapped, bodies spurting fountains of pinky red blood, dead bodies used as shields ripped to pieces by bullets. It’s all so extreme that it deliberately feels both not quite real and a mocking commentary on the bloodless action in other sci-fi films.

Schwarzenegger fits surprisingly well into all this. On paper, he’s completely miscast as an innocent discovering a hidden past, the future Governator anchoring a film with satirist leanings. But Verhoeven gets something out of Schwarzenegger in this film that works surprisingly well. Like James Cameron recognised, Verhoeven saw Arnie had a sort of upstanding sweetness amidst all the macho posturing. Arnie is surprisingly effective as Quaid, suddenly shocked at his capabilities for violence (as well of course or physically selling the action). Verhoeven taps into Arnie’s likeability (what other action star could sell “Consider this a divorce” as a punchline as he shoots his fake wife in the head?) and runs with it throughout the film.

As such, Schwazenegger makes a decent lead. It helps that he is willing to be a figure of fun at points. He wears a wet towel round his head to block transmissions. His face contorts ludicrously as he pulls an enormous probe from out of his nose. He infiltrates Mars dressed as an old woman. Most of this material fades away in the second half of the movie when Schwarzenegger reverts to the more typical heroic action (I suspect negotiations over the script shifted the film into a halfway house between a standard action movie and Verhoeven’s more satiric bent). But it’s all still there and helps humanise Quaid, so that we are on board with the slaughter he perpetrates later. Quaid is probably one of the best roles Arnie had – and Verhoeven does very well to fit a man so serious about himself into a world of self-parody. Saying that, the role is in some ways beyond Arnie’s reach – I’m not sure he is really plugged into or understands the dark comic tone of the movie, and he doesn’t really have the wit as a performer to do much more than deliver killer lines, certainly not to contribute to the dark satire Verhoeven is putting together.

As a whole the film doesn’t always deliver. Schwarzenegger seems at sea during scenes with his feisty, independent love interest played by Rachel Ticotin (this does her no favours, as her role hardly connects). Sharon Stone similarly has little chemistry with the Austrian Oak – although at least she has the second best role in the script as a vicious woman not afraid to use sex as a tool. The actual plot fits in nicely with the possibly dreamlike nature of what we are seeing, but the villain’s aims seem rather unclear, and the film lacks a strong enough antagonist (neither Michael Ironside or Ronny Cox have quite enough to make their thin characters come to life).

This plays into the film as being semi-smart: it’s a curious mix of smart and stupid. It’s got enough brains to poke a bit of fun at corporate America, and to make moral comments on our treatment of minorities (here represented by the mutants who inhabit Mars). On the other hand, it’s a schlocky action cartoon, that revels in ultra-violence while creating a world where, in universe, it is not considered extreme enough to comment on.

Total Recall is a fun movie that allows you to read more into it than is probably really there. Verhoeven peddles themes around the nature of reality, and introduces satiric comments on corporations and violence in the media that don’t hit home so heavily that they become wearing. I also have to say I like its empathy with the vulnerable and weak – the mutant resistance on Mars is engagingly grounded and humane, particularly in contrast to the ruthless heartlessness of Mars Corp. It’s not a masterpiece, but as a smarter piece of popcorn fun it works really well.

For Schwarzenegger himself, this was his final non­­-Terminator hit. Terminator 2 (a year later), an undoubted work of genius, was his high watermark. Three attempts since to relaunch the Terminator franchise (all with mediocre or worse directors), demonstrate Schwarzenegger’s awareness his time was fleeting and dependent on his roles rather than his skills. Total Recall was Schwarzenegger doing something completely different, to great success – but also one of his last hits-. His run of good scripts, and pulp premises, came to an end here – but it was a good end. California awaited!
Email ThisBlogThis!Share to TwitterShare to FacebookShare to Pinterest
Labels: 1990, Action Films, Arnold Schwarzenegger, Corporate Satire, Michael Ironside, Paul Verhoeven, Rachel Ticotin, Ronny Cox, Science fiction, Sharon Stone