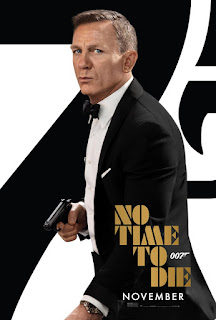 Remember when Daniel Craig was cast as Bond? Remember that CraigNotBond campaign, based largely on Craig being blonde? For about five minutes there was doubt about the franchise… and then Casino Royale became one of the best Bond films ever made. Craig is, clearly, one of the greatest Bonds ever, so No Time to Die, his sign-off for the role was always going to be a big movie. It’s at times exciting and gripping, but also a strange beast, partly straining at the confines of the franchise at others desperately trying to service all expectations.

It’s five years after the events of Spectre (you’d assume the less said of that the better, but unfortunately that film is absolutely at the heart of No Time to Die so we can’t dodge it). And it’s five years since James Bond (Daniel Craig) abandoned Dr Madeleine Swann (Lea Seydoux), believing she had been responsible for luring him into a Spectre ambush. Today, Spectre agents steal a biological weapon from MI6. A retired Bond, living off the grid in Jamaica, is recruited by Felix Leiter (Jeffrey Wright) to hunt it down for the CIA but MI5, and their new 007 (Lashana Lynch), are also on the trail. Plots within plots are slowly revealed and it seems all roads lead back to Madeleine and her childhood escape from a scarred killer, the mysterious Safin (Rami Malek). Just when Bond thinks he’s out, they drag him back in…

I have very mixed feelings about No Time to Die. You have to admire the skill and expertise with which it has been made. It looks absolutely gorgeous. The action set-pieces are full of ingenuity and excitement – in particular a duel between Bond and Safin’s agents in a mist-filled Norwegian forest. The opening action set-piece, in a picturesque classic Italian town, with Bond leaping off bridges and bringing out the Aston Martin for one final spin, is a doozy.

But do you remember when Bond was, y’know, escapist fun? Or even really just fun? If there is one thing I’d argue that No Time to Die isn’t, it’s fun. Yes lots of exciting things happen, but it’s also a rather maudlin film. It’s got a weary end-of-days feeling and a slight air of self-importance. Its absurd length doesn’t help puncture this. Unlike almost any other Bond film, I have a hard time imagining watching this again: it’s probably a better film than, say, The Spy Who loved Me, but honestly which one would you rather watch on a Sunday afternoon?

But Daniel Craig is superb: the ultimate expression of his wryly amused but guarded and distant Bond, a man constantly worried about lowering his defences and letting anyone in, hiding pain under an insolent grin but secretly desperate for an emotional connection. It’s clear he is one of the great Bonds. He also feels rooted Fleming. Fleming’s Bond was never a super-hero, but a flawed, lonely man, often muddling through, far more vulnerable and emotional than people remember. No Time to Die has a lot of echoes of Fleming, which is no bad thing. 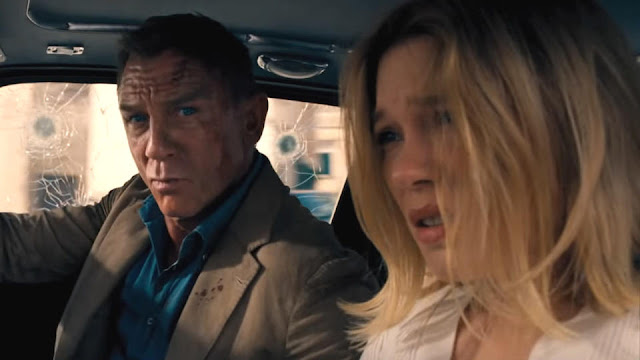 No Time to Die buries itself in the emotional world of Bond. This is as close as you going to get to a character study of our super-agent. So much so that the action (and even the presence of a Bond villain) feel like only a contractual obligation. I would love it if they had made a final, indie-tinged film on a small budget where we saw Craig’s Bond wrestling with complex feelings and trying to work out what it’s all about. More of Bond playing kids’ games with Leiter in a Jamaican bar, or preparing a child’s breakfast in the morning (scenes where the film literally has its heart). It makes No Time to Die an often poorly structured and ill-focused film (factors that contribute to its length) that’s trying to be about Bond but also be BOND. It’s a circle the film can’t really square.

The Bond franchise has always slavishly followed whatever the latest big trend in cinema was so No Time to Die doubles down in following the Marvel series, by retroactively converting all of Craig’s Bonds into one single Bondverse, with No Time to Die as its Avengers Endgame. Problem is, this was all thought of far too late, feels hideously thrown-together with no thought, and means both this film and Spectre had to bend over backwards to retroactively fill out now crucial back story.

As a result, we get the bloated runtime as the film needs to set up a personal back story, explore an emotional arc, establish a new threat and thread in huge set pieces. The writing and structuring aren’t deft enough to do this as well as Marvel does. The result is something three hours long but still feels hard to follow. Craig’s best film – Skyfall – worked because it was basically a stand-alone entry. The series (and the character) works best as a mission-focused individual.

Many elements of the story introduced here make little or no sense. Safin – in a truly awful performance by a whispering Rami Malek, straining to look intimidating – is possibly the worst, most incoherent Bond villain ever. His motivation makes no sense: at first he seems focused on eliminating only those who murdered his family; his rants about collateral damage in no way squares with his plan to unleash genocide via a bio-weapon. His “we are two sides of the same coin” confrontation with Craig feels like a feeble attempt to recapture the magic of the confrontation with Bardem in Skyfall.  An opening sequence suggests a plot-defining link between him and Swann which has promise but goes almost no-where (when they finally meet again mid-film, she doesn’t even know who he is). 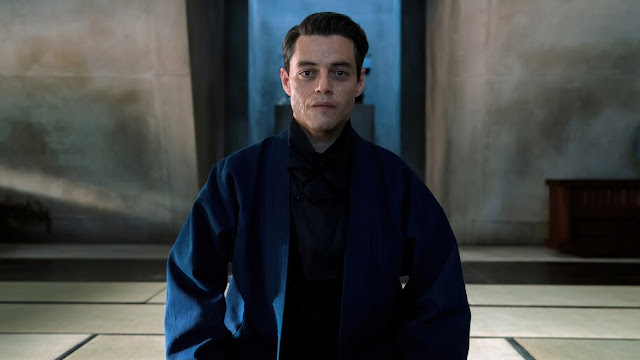 A braver film would have dumped this bio-hazard nonsense and placed issues of family at its heart: a hero uncertain about settling down, the villain a person desperate to find a new family. This would have placed the link between Safin and Swann at its centre, and also allowed an even more intriguing exploration of Bond’s character by contrasting him directly with a villain explicitly focused on the same preoccupations. Instead, the comparison isn’t there and Swann remains an incoherent character – alternately weak and strong as required by the plot. Craig and Seydoux also have no real chemistry and look physically mismatched (Seudoux’s youthful looks make Craig look older than he is). Compare their chemistry with that between Craig and Ana de Armas (in a knock-out guest slot, the film’s most fun moment).

Instead it feels like a film where every single idea has been thrown at the frame and all of them made to stick. Lashana Lynch has some fine charisma, but basically nothing to do as the new female 007 (the part actually feels like a bone the franchise has tossed at diversity – Bond even gets the 007 title back part-way through). There are constantly plots within plots within plots, like a dementedly rushed series of 24. Bond goes AWOL, then AWOL from AWOL, then he’s in then out then in again from MI6. A more tightly structured story would have dared to cut some of the flab, but No Time to Die is only part way towards being the brave break from tradition it needs to be.

Sure, it takes daring decisions: it has a tragic ending and shock deaths punctuate the film. But while it needed to be a smaller, intimate story with a sombre mood, it still throws in ridiculous villains, bases on islands, armies of goons and a world-ending threat. These things honestly don’t really work together and contribute to making the film too long and too sombre to be any fun. It’s a film that’s only part way to being what it wants to be, but still obsessed with being what it thinks it should be. An awkward Frankenstein that I’m not sure will have as much shelf life as its maker’s hope.