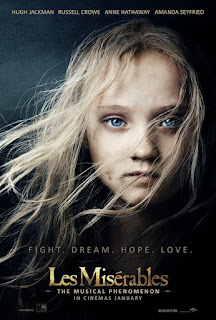 Of all the behemoth musicals of the 1980s, Les Misérables may just be the best. An entirely sung adaptation of Victor Hugo’s door-stop novel, it’s been thrilling sold-out global audiences ever since 1985. It ran on Broadway for 16 years and never stopped playing in the West End. Plans to turn it into a film have took decades, with its scale always the problem (not least since musicals spent a large chunk of the 1990s as far from sure bets at the Box Office). Finally, it came to the screen, with an Oscar-winning director who supplied the ‘fresh new vision’ a show that had been staged literally thousands of times needed. That vision has its merits, but it’s also divisive.

The story follows Jean Valjean (Hugh Jackman), a convict imprisoned for nineteen-years for stealing a loaf of bread. He is persecuted by his nemesis Javert (Russell Crowe), a rigid policeman who believes a man can never change. On parole, Valjean is an outcast but his life is changed forever after encountering a Bishop (played by original West End Valjean, Colm Wilkinson) who claims he had gifted the silverware Valjean had in fact tried to steal. The Bishop charges Valjean to live his life for the good of others. Eight years later he has become a respected mayor of a small town. But his past starts to catch up with him as Javert arrives as the new chief of police. Will helping Fantine (Anne Hathaway), the mother of illegitimate child Cosette (growing up to become Amanda Seyfried), lead to his secret being revealed?

Tom Hooper has a difficult challenge taking on Les Misérables. There can be few people around who haven’t heard at least some of the songs – and no musicals fan who probably hasn’t at a minimum watched a concert version, if not the show itself. How do you even begin to make one of the most famous musicals of all time fresh? Hooper chose a new approach that would up the intimacy and drama, fore-fronting emotion over scale. It also allowed him to fuse his unconventional framing with the raw, hand-held camera work of John Adams, his hit HBO miniseries.

So, Les Misérables, unlike many other musicals was to be all-sung live by the actors, rather than separately recorded and lip-synched on set. The camera would fly into their faces and almost interrogate the actors as they performed, capturing every emotion passing across their face. It would be up-close and intimate. What in the theatre works as a series of powerful, theatre-filling, ballads would be repackaged into something very personal. At times it works extremely effectively.

Having the actors sing live, means all the power of the performances they gave in the moment are captured. Emotions are dialled up, with songs often delivered through cracking voices or snot-filled nose sniffs. This has a particularly huge benefit for Anne Hathaway, whose deeply heartfelt, devastating rendition of I Dreamed a Dream is delivered in a single shot close-up that turns the song into a powerfully raw song about trauma (this sequence alone probably ensured Hathaway won every major gong going). It’s the same with Jackman: Valjean’s Soliloquy in particular plays off the raw guilt, shame and self-disgust Jackman lets play across his face while later Who Am I gains even more impact from the fear, hesitation, regret and moral determination Jackman injects into it, cracked voice and all. Perhaps not a surprise the two most confident performers benefit the most. 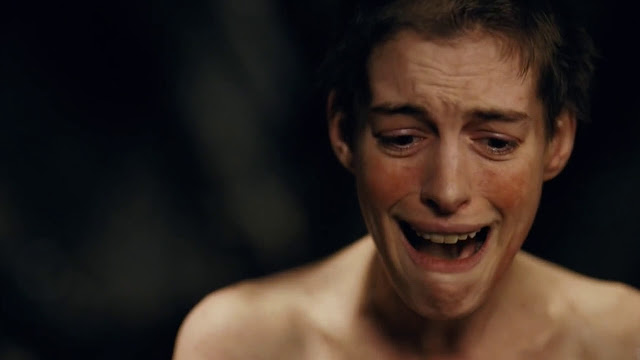 The downside is that, repeating the same visual technique for every single song, does make the film at times rather visually oppressive and repetitive. Even the large group numbers sees the camera drill into the faces of the individual singers, rather than offer us any wide shots. In fact, the wide shots in the film are so few you can almost count them on one hand. While Hooper’s approach uses the close-up to present the songs in ways theatre never could (good), it does mean he sacrifices the scale and beauty cinema can bring (less good).

You actually begin to think perhaps Hooper doesn’t really like musicals that much. His vision here is to turn Les Misérables into more of an indie film than an adaptation of West End musical. Choreography isn’t, to be fair, a major part of the stage production, but theatrical spectacle is, and that’s almost completely missing. Some of the most powerful, hairs-on-the-back of the neck power of the big numbers has been sacrificed for grinding the emotion out (Jackman at points speaks some of the lines rather than singing them). Musically, Samantha Barks’ marvellous rendition of On My Own is the only song in the film I would listen to out of context. It makes the show different – but more variety and more willingness to embrace the spectacle of the show – mixed with the intimacy of the solo numbers might have added more.

Les Misérables is still however very entertaining: after all it can’t not be when it has some of the best songs in the business. The acting is extremely strong. Jackman is perfectly cast: he not only has the vocal range and strength, but also the acting chops to bring to life a character who goes from red-eyed fugitive to caring and dutiful surrogate father. Hathaway is hugely affecting as Fantine, vulnerable but also with a deep resentment. Redmayne is hugely engaging and charismatic as Marius. Barks is excellent, Seyfried gives a lot of sensitivity to Cosette and Carter and Cohen are fun as the Thenadiers. The only mis-step is Crowe, who has the presence for the role but notably lacks the vocal strength for a notoriously difficult role. 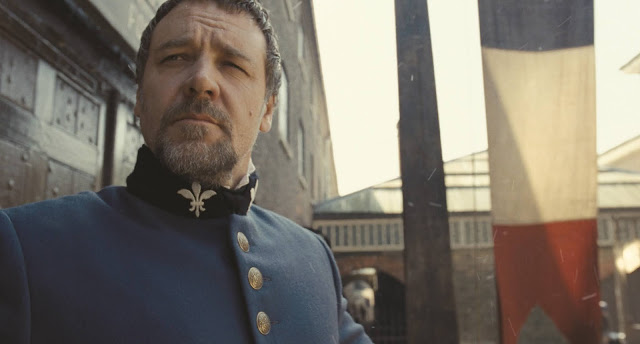 They all provide some of the most intimate renditions of these songs you’ll ever see and the film unarguably offers a take you will have never seen before, even if you had sat through every single one of the thousands of stagings. It works better for solos than group numbers (which, with their kaleidoscope of voices all in different locations are hard to replicate on screen anyway), and it’s a well the film dips into far too often, but when it works, it really does. Les Misérables divides some – and on repeated viewings its repetitive visuals make it feel longer, with the second half in particular flagging – but Hooper does something a West End show can’t do. It might well have been better if it has used more of the things cinema can do (scale, sets, mise-en-scene - it's hard to picture an actual image from the film that isn't a close-up) but a film with actors as good as this and songs as affected as these will always work, no matter what.