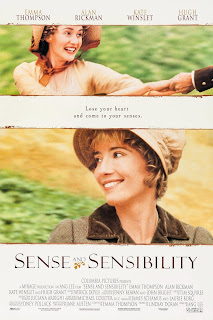 The world of Austen adaptations stands on two pillars – and both of them date from 1995. One is the BBC Pride and Prejudice, the other this luminous adaptation of Austen’s first novel, written by and starring Emma Thompson. It’s hard to pull together a review when a film pretty much plays its hand perfectly: and that’s exactly what Sense and Sensibility does. The film is a complete delight, in which Thompson takes surprisingly large liberties with many of the details of the novel, but brings to the screen a version that never once loses the spirit and heart of Austen’s work. It’s an immensely impressive achievement, and one of the finest literary adaptations ever made.

After the death of Mr Dashwood (Tom Wilkinson), the Dashwood estate passes into the hands of his son John (James Fleet) and John’s ambitious wife Fanny (Harriet Walter), leaving his second wife (Gemma Jones) and their daughters sensible Elinor (Emma Thompson), passionate Marianne (Kate Winslet) and giddy schoolgirl Margaret (Emilie Francoise) suddenly homeless. However, this does bring Fanny’s gentle and kind brother Edward Ferrars (Hugh Grant) into Elinor’s life, and an unspoken romance builds between the pair. There is passion in the air for Marianne at their new home, when she is rescued from a fall in the rain by the dashing Willoughby (Greg Wise). But are there secrets in the pasts of both men that could threaten the sisters’ happiness? And how did Willoughby’s life intersect with the reserved Colonel Brandon (Alan Rickman)?

Thompson’s superbly written script is a faultless adaptation that makes not a single poor choice, and expands and enriches several characters (in particular the three men) to great effect. Thompson not only brings much of the humour and wit in Austen to the fore – the film is frequently very funny – she also understands here truth and tenderness. Which is why the film is so beloved: it’s a film overflowing with empathy and heart for its characters which builds the emotional investment as skilfully as it does the comedy. It culminates in a proposal scene which I don’t think has ever not placed a lump in my throat.

To list all the excellent adaptation ideas would take forever so I’ll use one example. The film wisely expands much of the early character interactions, in particular deepening and exploring the early meeting between Elinor and Edward. A section that takes up barely one of the book’s (very short) chapters here fills the first 20 minutes of the film. It’s vital as it superbly establishes the natural warmth and intimacy between these two, and their perfectly complementing personalities.

It also allows Grant – in one of his most romantically winning performances – to display some deeply endearing light comedy, as well as establishing Edward as a thoughtful, sympathetic and decent man, who forms bonds quickly with all the family (especially young Margaret) through his genuineness. It also keeps us rooting for a relationship – and for a character – who the film often has to leave off screen for vast stretches, and leaves us in no doubt that his (later revealed) engagement to Lucy Steele (a woman he does not love, and who is interested in him solely for his position) comes from the same motives of decency, duty and the desire to do the right thing. 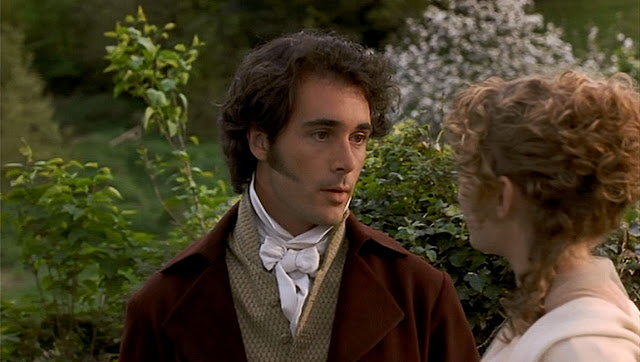 If that’s an example of one of Thompson’s most successful changes in her adaptation, she also unerringly identifies the things it’s most important to keep. Just like the novel, the film places the warmth of the sisters’ relationship at its heart. Helped by the natural chemistry and ease between Thompson and Winslet, the film carefully contrasts the personalities of these two sisters (one sensible and reserved, the other spontaneous and passionate) but takes no sides and also shows the sisters themselves are united by their love for each other. The film frequently features scenes of confidence and intimacy between the two, and continually brings us back to each other as the key relationship in their lives. It also shows how both need to meet in the middle ground: Elinor needs some of Marianne’s sensibility, just as Marianne needs to take on some of Elinor’s sense.

Although sense would not have necessarily helped Marianne uncover the dangerous selfishness of Willoughby. Perhaps the only wrong call in the BBC Pride and Prejudice (like most adaptations of that novel), is that it makes the rogueish Wickham insufficiently handsome and too blatantly smarmy from the start, tipping the audience the wink that this man can’t be trusted. Not so here, with Greg Wise giving Willoughby so much charm, regency handsomeness, dash and warmth that you would not imagine for a moment he could be anything but what he seems. He makes a clear contrast with Marianne’s other suitor, the older, more distant Brandon – superbly played by Alan Rickman – whose qualities of kindness and decency are hidden behind his coolness and lack of flash (Rickman is, again, wonderful here as a man hoping against hope for  a second chance at love). 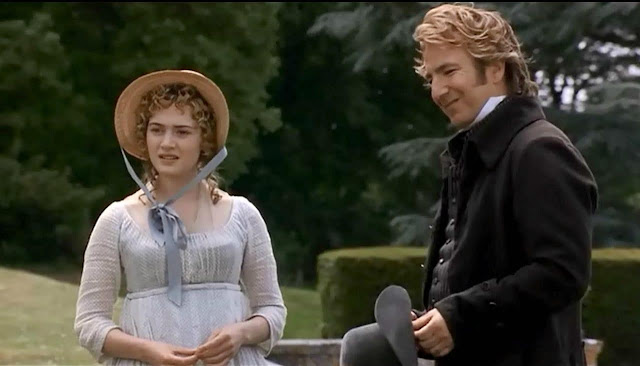 But then the film is filled with perfectly cast actors. Thompson is a brilliant and natural fit for Elinor (even if she is too old for the part, something she acknowledged herself) giving her acres of emotional torment under an exterior she must keep calm and controlled for the sake of her family. Winslet became a star for her enchantingly free-spirited performance, grounded by a warmth and desire for the best for others that keeps the character from ever becoming irritating or overbearing.

Among the rest, there isn’t a bum note. Walter is hilarious as the washpish Fanny, Hardy full of bonhomie as Sir John. Elizabeth Spriggs is perfect as a gossipy old maid who is a pillar of strength when her friends are ill-treated. Hugh Laurie is hilarious in a gift of a part as the dry, cynical Mr Palmer whose nearly every line is laugh-out-loud funny, but who also proves his nobility in a crisis. Staunton is equally good as his flighty, mismatched wife. Imogen Stubbs brings out the simpering manipulative scheming of Lucy Steele perfectly.

The whole is bought together expertly by wonderfully paced and constructed directing by Ang Lee, whom it’s surprisingly easy to over-look. Lee was a considered an odd choice for the film – he barely spoke English at the time and was a stranger to Austen. But the film is an inspired match for him, tapping into his sensitivity, the warm eye he brings to families and their dramas, and also the observer’s wit he brings to social comedy and dynamics. Lee also brings an outsider’s eye to England – it’s a film that looks wonderful, but not simply romantic, with Lee not afraid of a stormy sky or a muddy street. Interiors are shot with a candlelit beauty, and there is a sense throughout of all this taking place in a real world. Patrick Doyle’s perfectly judged score also works wonders to help create the mood.

Sense and Sensibility is a masterful film and a, perfect adaptation of Austen. It’s hard to imagine that it will be bettered for some time. Indeed, like the BBC Pride and Prejudice, it feels like it has made all other adaptations of the book redundant. With a brilliant adaptation, superb acting, sensitive and insightful direction and a true understanding of the spirit and heart of Austen, this is one of the greatest adaptations ever made.