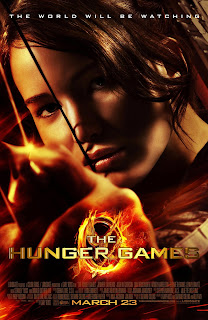 “May the odds be ever in your favour”. They certainly were for The Hunger Games, the first adaptation of Suzanne Collins’ dystopian YA trilogy. It was one of many franchises trying to ride the success of the Harry Potter series – and easily the best (it’s vastly superior to, say, Twilight or the woeful Divergent). Shepherded to the screen by a confident Gary Ross, it’s a film that doesn’t shy away from book’s social politics and darkness, while also balancing that with complex and engaging characters. It stands up well to repeated viewings and never lets you forget it’s a film about teenagers involved in a brutal series of murderous blood sports.

In the future, after disasters and wars, the nation of Panem has been built. Twelve colonies are ruled from the capital. As punishment for a past rebellion, each year each district sends two tributes to the capital. These tributes will be feted, celebrated – and then pushed into an area and made to fight to the death in “The Hunger Games”, all of it transmitted on TV across Panem. To the winner, a lifetime of fame and comfort. To the losers – well, death. In the poorest district, District 12, Katniss Everdeen (Jennifer Lawrence) volunteers as tribute after her sister’s name is selected. Stubborn, surly, defiant and an expert archer, Katniss surprisingly finds herself capturing the public imagination - helped by a faked romance with her media-savvy fellow District 12 tribute (Josh Hutcherson’s Peeta). But in the ring will it be everybody for themselves? Or can Katniss keep hold of her soul?

The Hunger Games is rich material. Panem feels more and more like a mix between Gilead and Trumpian pomposity (the capital is a heavily stylised and artificial Rome-inspired centre of excess), in which life and death matters for very little. It’s a film that has astute things to say not only about how totalitarian regimes operate, but also how the oppressed often connive in their own suppression. So wrapped up is the population in the excitement of the Hunger Games, so invested in the results, that they’ve almost forgotten it is a tool of oppression. That the capital can only continue to exist if all the districts co-operate in following its orders and meekly supplying anything it asks – from food and resources, to teenagers for slaughter.

What this world needs is someone like Katniss. An individual who knows her own mind, who won’t play the game and will be herself. The film is brave in not softening the edges of this often prickly personality. Expertly played by Jennifer Lawrence, Katniss is compassionate and caring – but she’s also judgemental, untrusting, holds grudges and in person is often surly, resentful and impatient. But what makes her a hero, is her refusal to collaborate in softening the Hunger Games. She knows she is being manipulated to make a world feel better about itself – and she is repulsed by the idea of taking life needlessly and the slaughter of the weaker and more vulnerable tributes. Indeed, she will go to huge lengths to keep others alive in the games – something that helps to wake a population up to how they’ve been hoodwinked by bright lights to forget their own humanity. Her defiance is less about politics and more about simple human decency and being able to make her own choices – something a whole world has forgotten.

Even the people in the capital have forgotten that the Hunger Games exist to suppress not entertain. The film gets some delightful mileage out of its satire of blanket media coverage. The TV coverage is pure ESPN or Sky Sports, mixed with shallow chat shows. Stanley Tucci has a ball as a flamboyant anchor who lets no moral qualms even cross his mind as he banters with the tributes in interviews with the same excited ease as he will later commentate on their slaughter. Wes Bentley’s would-be Machiavel TV producer has been so drawn into the mechanics of his games, he’s stopped even seeing the combatants as human beings, just another set of ratings-tools he can use to advance his career.

It’s a neat commentary from the film on how we can be so beaten down and crushed by the everyday that we forget – or overlook – how it is both controlling our own lives and forcing us to rethink our own views on life. This is a world where people are being taught that life and death are not valuable, that murder can be entertainment and that everyday burdens are worth dealing with because you have a chance of being allowed to fight to the death for a shot at eternal comfort. It’s a deeply corrupt and savage system, and the film doesn’t flinch away from exploring it.

Alongside that, it’s an entertaining, gripping and involving film (if one that is a little overlong in places). The second half – which focuses on the games – is both exciting and terrifying in its (often implied – after all this is still a film that needs to be shown to kids) savagery. It encourages us to identify closely with Katniss, to experience the same terror she does as well as delight in her ingenuity and inventiveness to escape death and plan strikes against her brutal opponents. By the end of the film we’ve taken her to our hearts – for all we’ve seen how difficult a person she is – as much as the population of Panem have.

Ross’s film is a triumph of adaptation, and you don’t say that about many YA novels. Suzanne Collins’ adaptation of her own book captures its thematic richness, while compressing it effectively. There are a host of interesting actors giving eclectic performances, including Harrelson as Katinss and Peeta’s mentor, Banks and Kravitz as their support team, and Sutherland as the controlling dictator behind it all. The Hunger Games is prime entertainment, with some fascinating design work (the costumes and sets are spot on) and very well made. It’s a franchise to watch.