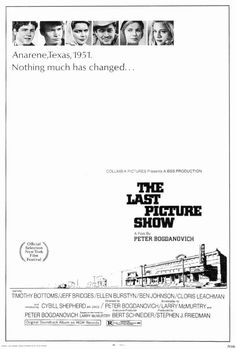 “Anarene, Texas, 1951. Nothing much has changed…” So went the tagline for Peter Bogdanovich’s The Last Picture Show. Change, or rather the lack of it, is the heartbeat of this film. It’s small time (fictional) Texas town isn’t a million miles from the Wild West dustbowls. You feel nothing has really changed for decades, the same faces in the town have just got older. But the tagline suggests that, in many ways, the 1950s were not that different from the progressive 1970s. Sex and scandal lie under the surface of the town, with the inhabitants having little to distract them from boredom other than seducing each other. Unlike the sort of traditional films shown in the picture show – Father of the Bride or Red River – this town is just drifting, a change in America both round the corner but also feeling like something that would slide off the town like water from a duck’s back.

The film largely follows three high schoolers are preparing for graduation. Sonny (Timothy Bottoms) and Duane (Jeff Bridges) are on the town’s useless high school football team (a uselessness no-one will let them forget). Duane is dating Jacy (Cybil Shepherd), a woman just discovering the power of her looks – and Sonny longs for her himself. Instead, Sonny starts an affair with Ruth Popper (Cloris Leachman), the overlooked, lonely housewife of his football coach. Romantic entanglements abound, but life drifts on with the younger generation thinking sometimes of the future, but really repeating the mistakes of the older generation – people like Jacy’s cynical mother Lois (Ellen Burstyn) and the owner of the town’s pool-hall, cinema and diner, the fading conscience of the town Sam the Lion (Ben Johnson).

Bogdanovich’s film was a sensation when it was released, a key part of the New Wave films in Hollywood. It has lasted, in the way other films from the period haven’t, because it has a subtly simple but compelling story, shot as a perfect fusion of French New Wave styles with John Ford and Orson Welles inspired classicism. Bogdanovich’s film buffery is obvious from every frame – not just from the film posters announcing what is being shown at the picture palace, but also from its loving use of French-style realism and lack of glamour, set and framed in the Fordian style, often stressing isolation, intercut with homages to Kane, The Magnificent Ambersons and Touch of Evil.

And in it we have a series of young people who seem to have no idea either where they, or the world is heading. Timothy Bottoms acts with such effortless naturalism, it’s easy to forget he is even acting at all. It’s a perfectly judged performance of a very normal young man, low on aspiration and inspiration, selfish in the way the young are but full of passion and regret. Jeff Bridges is similarly brilliant, playing a not-particularly smart (or particularly successful) school sports star in a performance completely free of any condescension or camera winking, but played with a charming honesty. These are supremely normal young men. Generally decent, well-meaning and naïve, not knowing what it is they want or need from life. They would fit as neatly into 1971, with their dreams, as they do in 1951. Especially as Duane packs off to head to Korea (no real difference from Vietnam). 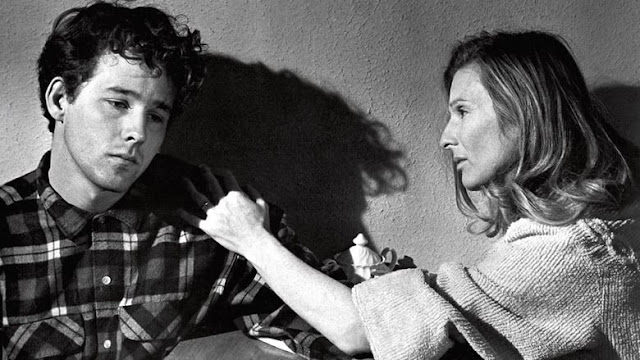 And a lot of these dreams revolve around sex – and often sex with Jacy. Cybil Shepherd was a sensation on the film’s release, seen as the ultimate late-teen temptress and sexpot. But in fact, Jacy is (in her way) as much of an innocent as the others. She’s a woman only just discovering her own passions and longings. Who doesn’t want to become the jaded figure her mother has become – but working out the easiest way to get what she wants (be that a better boyfriend, better chances or even just some attention) is through using her physical attributes. Her sexual experimentation is, in a way, liberating – and just another attempt to find an answer to her own aimlessness. Sure – encouraged by her mother – she doesn’t invest anything emotionally in these entanglements. But is it really all that different from Sonny’s own using of Ruth Popper?

Ruth Popper is emblematic of the sadder older generation in the town. You can imagine they must have had hopes and dreams – or were once as breezily uncaring – as the younger generation. But they’ve found out, just as they will, that things don’t change. That you can blink and find yourself twenty years down the line, unhappy and lonely in a place you can’t seem to escape.

Cloris Leachman is outstanding as Ruth (she won an Oscar), the only person in the all the film’s couplings that we see expressing tenderness and vulnerability (in a film full of sexual encounters, the most intimate thing we see is her combing Sonny’s hair). She dares to slowly open herself up emotionally to believing in Sonny – to seeing their affair as more than just the booty call it starts as, but as something with a future. From the tearful fragility of her first scenes – her buttoned up matronly appearance, making her look far older than she is – she blossoms into a warmer, excited, person. It makes her inevitable betrayal by Sonny all the more heart-wrenching – along with her self-loathing fury that closes the film.

All the adults are drifting through the same disappointing life. Ellen Burstyn (also nominated) is wonderful as Jacy’s mother, who continually defies expectations. This mother is unfazed by her daughter sleeping with her lover, suggests that she might as well experiment sexually so she can find out it’s not all that and carries a revelation of deep loss and personal tragedy that only comes to light late in the film but is there in the character from the start. Other adults seem equally aware of their pointlessness: the coach is a repressed homosexual, the English teacher seems resigned to teaching Keats to bored students, Jacy’ father is a blow-hard nobody, Sonny’s father is a stranger to him. Only Eileen Brennan (excellent) motherly waitress still seems to have some hope. 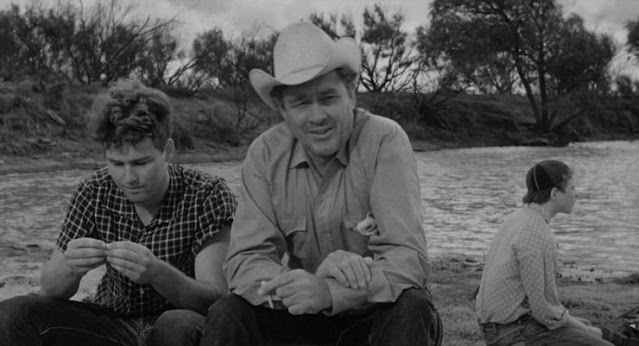 Sonny’s surrogate father – and the heart of the film – is local businessman Sam the Lion. Johnson is superb, gifted a surprisingly small number of scenes but which establish both his moral force and his position as a link to a halcyon days past in America that might not really exist. Bogdanovich gives Johnson a knock-out speech (surely what won him the Oscar) – an Everett-Sloane-in-Kane inspired remembrance of a relationship from long ago, where the world seemed full of hope and opportunity, that perhaps get closest to defining the film’s sad reflection on how little those two things actually seem to exist in the present.

But it’s also about the temptation of memory. Bogdanovich’s masterpiece (it was all downhill in his career from here), The Last Picture Show knows only too well how quickly we realise life is a confusing, compromised mess. And the film, for all its old-school Hollywood style, is all about the past being just as a confusing, empty, sex-filled place of loss as the present is. Things have always been like this – and they probably always will. Welcome to Anarene. Nothing has changed.