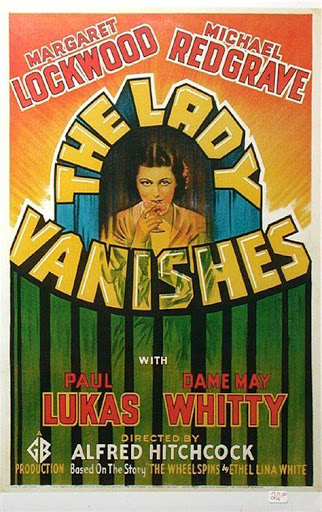 In his conversations with Hitchcock, Francois Truffaut declared every time he tried to study The Lady Vanishes, all its tricks and mechanics, he always ended up too wrapped up in the plot to notice them. It’s about as fitting a tribute as a film can get, that it got one of the world’s ultimate film buffs just sit down and enjoy the ride. The Lady Vanishes is Hitchcock’s penultimate British film and it might well be one of the most enjoyable and entertaining films he ever made.

It’s late 1930s in Europe and a group of mostly British travellers have got stuck waiting for a train in the fictional country of Bandrika (but it’s clearly Germany). Iris Henderson (Margaret Lockwood) is on her way back home to (perhaps somewhat reluctantly) get married, exasperated by the loud noise made in the room above through the night by folk music expert Gilbert (Michael Redgrave). Charters (Basil Radford) and Caldicott (Naunton Wayne) are cricket obsessives, desperate to get home for the big test match. Mr Todhunter (Cecil Parker) is a lawyer, keen not to draw attention to the fact Mrs Todhunter (Linden Travers) isn’t actually his wife. When the train finally leaves the station the next day, Iris is hit on the head by a plant plot (was it pushed?) that very nearly hits governess Miss Froy (May Whitty). Miss Froy takes care of Iris on the train – but when Iris wakes after a rest, she finds Miss Froy has disappeared and – furthermore – everyone denies she ever existed in the first place. While a Bandrikan psychiatrist Dr Hartz (Paul Lukas) claims she may be suffering from concussion, only Gilbert believes her story. Will they be able to prove Miss Froy is real and rescue her from whatever peril she has found herself in?

Hitchcock’s The Lady Vanishes shouldn’t really work – not least since it takes nearly 20 minutes before we get any indication that we are watching anything other than a romantic comedy. But perhaps that’s also why it works, because those first 20 minutes are beautifully scripted, with some cracking dialogue and some skilfully drawn character work that invests us in these people long before any danger arises. It also serves as a brilliant counterpoint to the nearly non-stop tension and action that comes in the final hour of the film – who could have believed that all that light hearted banter in a guest house could end in a ruthless shoot out in the woods? 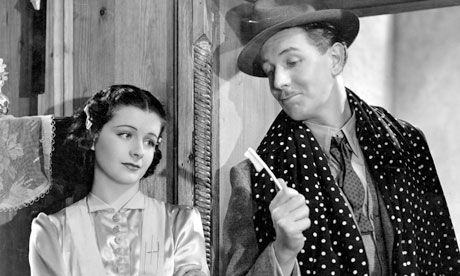 It all seems to change pace on a classic Hitchcock touch – a folk singer is suddenly, violently, strangled by an unseen assailant (why? I’ve no idea. The film doesn’t think you’ll care about the logic gap, and you don’t). But a large part of the film’s success stems from Hitchcock’s collaboration with Sidney Gilliat and Frank Launder on script-writing duties. Gilliat and Launder made a number of changes to the original novel, adding a greater espionage element. Even more importantly, they overhauled several of the characters, not least changing the Gilbert character from an engineer into a charming (if eccentric) folk music expert with a deadpan wit. Even more successfully, they introduced the hilarious ultra-British Charters and Caldicott, classic eccentric grown-up public schoolboys with a fascination with cricket (the combo was so popular Naunton and Wayne played versions of these characters another eleven times).

The script’s wit, playfulness and scintillating dialogue is what drives most of the film’s energy – and certainly what helps to make it as entertaining as it is. In particular, the dialogue exchanges between Lockwood and Redgrave hum with the sort of love-them-hate-them banter that wouldn’t seem out of place in a screwball comedy (“You’re the most contemptible person I’ve met in all my life!” “Confidentially I think you’re a bit of a stinker as well”), and the two actors shine in roles that start with classic feuding but subtly and beautifully come together as a romantic couple by the film’s end. Lockwood has pluck, guts and determination, a mix of socialite and head girl determination. Redgrave is superb as Gilbert, showing the sort of matinee idol wit and charm – not to mention an unconventional romantic sex appeal – that he very rarely got to exhibit again (sadly he didn’t get on with Hitchcock, and never worked with him again).

The film is full of wit and invention, but mixes it with a properly engrossing mystery. Every character has very clear reasons for denying the existence of Miss Froy (May Whitty is superb as a seemingly dotty old woman, hiding cunning and an unexpected capacity for action). We know that of course Iris is right – but even so, it’s hard not to begin to suspect that maybe the oily Dr Hartz (Paul Lukas whose professional smoothness neatly tips into cruelty) is right and she is suffering from concussion. The unravelling of this mystery is half Agatha Christie (vital clues pop up here and there), half famous five adventure – but the nearly “real time” playing out of the mystery injects huge amounts of tension and excitement, particularly as the villains start to be revealed. 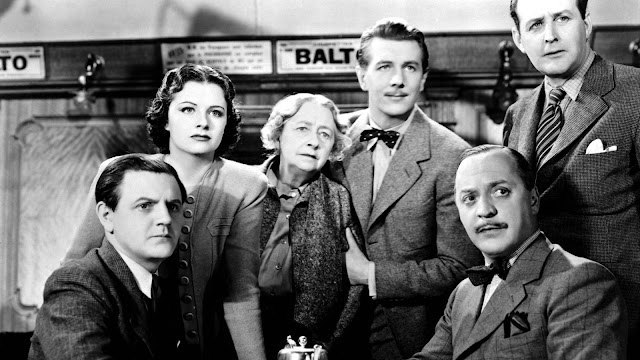 The film also serves, interestingly, as a plea for British invention in European affairs in the era of appeasement. The train is stuffed nearly exclusively by Brits, most of whom are quite content at first to let things drift and not rock the boat. However, when the chips are finally down and its time to make a stand, the majority of the characters knuckle down and get their hands dirty to fight for justice. Even Charters and Caldicott take up arms (with a typical British reserve) to protect their fellow passengers, while Gilbert has already shown himself capable of being a man of action (as well as a pretty neat impressionist and physical comedian) when called upon. It’s telling that Cecil Parker’s Mr Todhunter is the nearest thing we see to an appeaser on the train (with a fear-and-hope-tinged expectation that everyone is playing by his own antiquated rules), and he’s the only one who angrily questions taking a stand.

It’s not surprising from Hitchcock, who made an even more passionate plea for intervention a few years later with Foreign Correspondent. Neither is it a surprise how superbly the film is made. Hitchcock is at the top of his game here, shooting the train brilliantly (the set was tiny, not that you could tell from the number of angles Hitch finds here). His mastery of the pace and tone of the film is spot on: the second half never lets up, and you never for one minute lose the film’s wit, even while the stakes become more bigger and bigger. The film has possibly the most winning romantic pairing in all of Hitch’s movies, helped hugely by the natural and winning playing of Redgrave and Lockwood. It so successfully builds up the possibility of Iris being mistaken, that it makes the audience start to question what they’ve seen.

It’s a superbly directed film, but above all it’s supremely entertaining in a way few other films can hope to be. Its re-watch value – from hearing the jokes again, to spotting the early clues – means it will be rewarding audiences for decades to come.