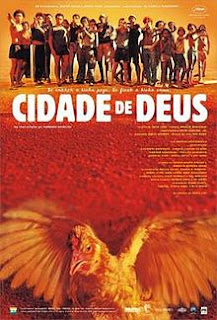 After Parasite’s win for Best Picture, it’s easy to remember the last foreign language film that made such a comparative impact at the Oscars – and it didn’t even win anything! Capturing the public imagination, City of God is that most American of things: a gangster film. Chronicling the life and death danger of the lawless slums of Rio de Janerio in the 1960s and 1970s, the film is an electric mixture of Latin and US film-making, a compelling shot of adrenalin that captured the imagination of the film-going public and made many Hollywood films look staid and dull.

Shot on location with a largely non-professional cast, the film uses as our window into this world aspirant photographer Rocket (Alexandre Rodrigues), who has a front-row seat for an emerging (true life) gang war that erupts in the slumps between unstable psychopath Li'l Zé (Leandro Firmino) and his rival Carrot (Matheus Nachtergaele) and bereaved former sniper turned bus conductor and killer Knockout Ned (Seu Jorge). Starting at the end, the film rewinds through time and moves from perspective to perspective in a series of dynamic short stories that slowly merge and meld together to complete the film’s whole.

The film is directed by Meirelles (who got an Oscar nomination) and Katia Lund (who didn’t). Meirelles invited Lund to collaborate with him on the project, and is generally credited with the film’s look, editing style, frenetic pace and distinctive style of sharply exposed Latin colours mixed with the look of a rock video, all dynamic angles and immersive action. Lund bought her documentary realism to the film, as well as working closely with the actors and helping to shape their parts of the story. Agreeing to take a specific “co-director” credit probably cost Lund the nomination, and it feels inexplicable she was unrecognised today, even more so since Lund has pioneered several successful TV series based around the world of the film.

Controversy aside, it’s a high water-mark certainly for Meirelles who has never quite managed to match it since (The Constant Gardener remains his best work since, marrying the dynamism here with one of Le Carré’s most emotional and strongest stories). With its lashings of Scorsese, Tarantino and De Palma (among others), City of God remains a hugely engaging and engrossing gangster flick that really feels like it captures the threat and grimy reality of the streets of Brazil. Each section of the city we see feels like a lawless wild west, where guns rule, the police have no say and a whole population of ordinary people keep their heads down and just try to avoid getting caught (literally) in the crossfire.

In this world violence is endemic, life is a short and brutish cycle of slaughter where danger leads inevitably to death, short-termism is the norm and a series of essentially childish young men see the excitement of crime turn into the brutality of a life of violence. None more so than the film’s vicious dark heart, Li'l Zé a young man with a flickering temper, a love of violence and death, barely able to relate to other people, unanchored in the world whose life is a self-destructive quest to be the biggest fish in his pond. Played with a swaggering panache by Leandro Firmino (and a chilling coldness as a child by Douglas Silva), the self-named Li'l Zé dominates the film as the sort of life-wire threat Joe Pesci used to be for Scorsese, never certain whether he will laugh or shoot. 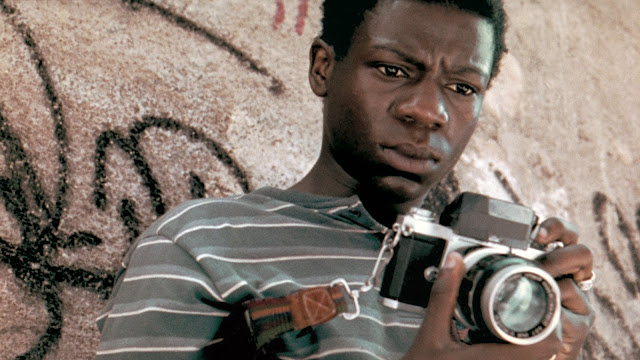 Which makes him perfect for the unpredictability of the slums, where everyone wants to be a hood, drugs are rife and crime and murder is a legitimate way of living. The film splices together several short story narratives to illustrated this with Altmanesque confidence. Each section of the film is introduced as “the story of X”, all of them expanding from the starting story based around three wanna-be-hoodlums whose mixed fates reference everything from The Third Man to A Bout de Souffle. From this the film organically expands, using Li'l Zé as the fulcrum who hinges every other story around him towards disaster. It’s neatly cross-cut as well, starting the end before rewinding through a neat transition shot into the past to explain how we got where we are.

There seems to be no good deeds in the city. The most likeable character, Benny, is himself a gangster (and Li'l Zé’s only friend and restraining influence) who is fun-loving and cool while not adverse to theft and murder when needed. Kingpin Knockout Ned starts out as a man of good intentions, determined to clean up the town that has left him bereaved and hurt, but becomes consumed by the dark impact of violence. All the time, many of these gangsters are in love with their public image both the awe and fear they inspire in those around them as the most powerful people in the neighbourhood, and from their growing coverage in the press.

It’s a cycle that seems doomed to repeat itself, not least through the film’s introduction of “The Runts” a group of trigger happy pre-teen would-by gangsters, who roam through the streets waiting their chance to turn small stick-ups into a criminal empire. They are no more than following in the footsteps of Li'l Zé, shooting his gun and experiencing murder at their age and now zeroing on owning the whole slum. It’s the dark ambition of capitalism playing out on the streets.

The film works however as framing it around the jaunty, relaxed narrative of Rocket gives it the feeling of a series of shaggy dog stories and coming-of-age tales (and the film carefully mixes in among the gangsters plenty of reminiscences from Rocket around his teenager upbringing, his first love and his passion for photography). With someone as easy-going as Rocket as our guide, the film never becomes overbearing or depressing but instead as entertaining and engrossing. In a way it’s a shock to remember it features as much killing (including of a child) and mayhem as it does, as well as a world-weary nihilism too it that the odd person may escape the streets, but the general world there will never change.